Lews Hamilton and Max Verstappen have both been sent warning shot by CARLOS SAINZ JNR.

Ferrari’s Carlos Sainz Jnr has sent a warning shot to Mercedes and Red Bull ahead of the new season with a strong fighting message to Lewis Hamilton and Max Verstappen as the Spaniard insists he’s 100% ready to challenge the top two teams. 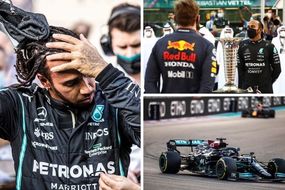 Despite a sharp turn of form in 2021, Ferrari failed to pick up any wins across the season but did manage to beat McLaren to third place in the Constructors Championship by 47.5 points thanks to two pole positions and five podiums from Sainz and Charles Leclerc.

But as Formula One finally introduces its new technical regulations, with new aerodynamic concepts and 18-inch tyres to contend with, Sainz feels Ferrari have a fighting chance this season. 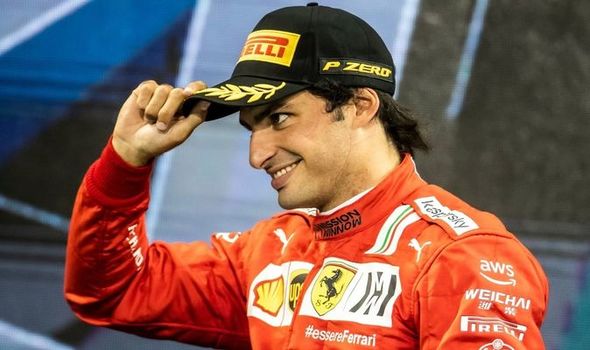 “That combined with the amount of hard work we are putting into the 2022 project has put me into the right mindset.”

Red Bull and Mercedes were untouchable in 2021 as Max Verstappen was finally crowned champion after winning the final race of the season on the final lap.

Ferrari showed glimpses of stardom throughout the season, and Sainz believes the Maranello team will continue to grow in 2022.

“I’ve enjoyed it a lot. I think it’s one of my favourite seasons in F1 in terms of just enjoying Formula 1 and enjoying being part of the sport,” he continued. “It’s been quite hectic, a lot of races, but also a lot of good times. I managed to enjoy myself; at the same time I’ve managed to improve myself through the year.

“I feel like [I finished] the season much stronger than I started it, so there’s that important progression inside the team.

I’ve seen changes inside the team also that have gone in the right direction. So honestly, the feeling going into [2022] is very positive and I think we are going to a good moment and good momentum.

“It’s been fairly easy for me to keep reminding myself that I am achieving a dream: that is to drive for the best team in Formula One and the most historic team in Formula One, and it’s a dream come true for me since I was a kid, to be driving for Ferrari.

“And reminding myself this kind of thing, I actually go into the weekend always excited, always with energy, always trying to learn, trying to become better, to make sure if the chance of fighting for the World Championship with Ferrari ever arrives, I will be as prepared and as ready as possible.

“And this has given me a good balance; [in 2021] it has allowed me to make another little step as a driver and to make me finish the season on a high and now ready for whatever comes in 2022,” he concluded.