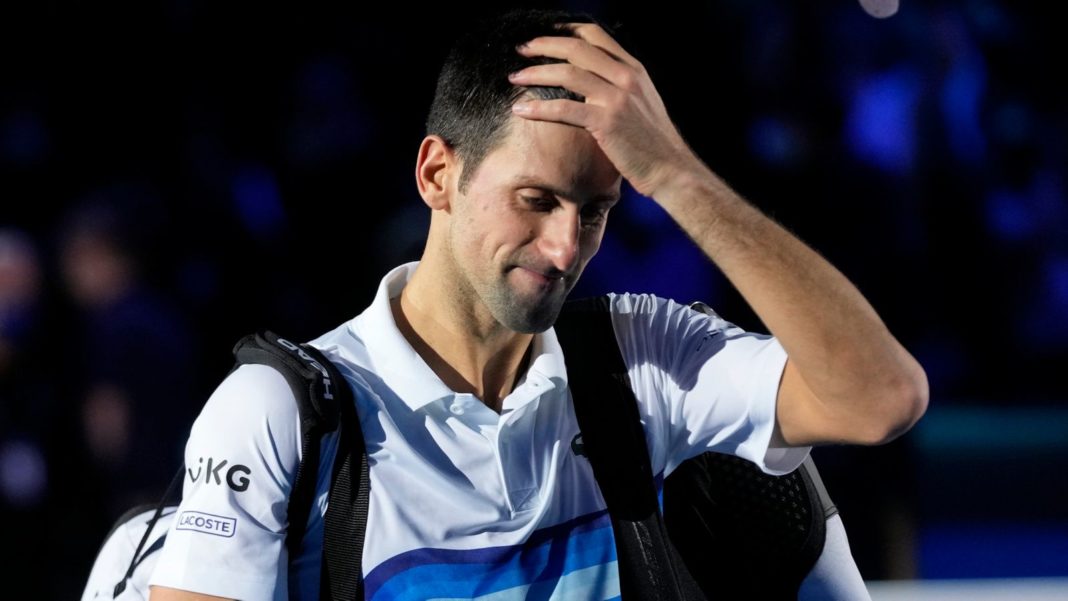 Novak Djokovic has had his Australian visa cancelled by immigration minister Alex Hawke “on health and good order grounds”, three days before the start of a grand slam in Melbourne.

The decision comes shortly after the 34-year-old Serb successfully challenged an earlier attempt by Australia to revoke his visa.

Novak Djokovic’s visa was cancelled by Australia’s immigration minister, casting further doubt over his participation in the first grand slam of the year.

He first had his visa cancelled on arrival in Melbourne last week when his COVID-19 vaccination exemption was questioned.

But he won a court appeal against the cancellation that allowed him to remain in the country.

At the time, the Australian government said it would continue to look at whether he could stay, which was a decision that was entirely at the discretion of the country’s immigration minister Alex Hawke.

“Today I exercised my power under section 133C(3) of the Migration Act to cancel the visa held by Mr Novak Djokovic on health and good order grounds, on the basis that it was in the public interest to do so,” he said in a statement.

“In making this decision, I carefully considered information provided to me by the Department of Home Affairs, the Australian Border Force, and Mr Djokovic.

“The Morrison government is firmly committed to protecting Australia’s borders, particularly in relation to the COVID-19 pandemic,” Mr Hawke added.

Under the section of the Migration Act used by the minister to enforce his decision, Djokovic will not be able to secure a visa to come to Australia for three years, except in compelling circumstances that affect the country’s interest.

The declaration form problem and the French magazine interview

Djokovic’s case was not helped after he admitted his declaration form to enter Australia falsely claimed he had not travelled in the two weeks prior to his trip, which he attributed to a mistake by his agent.

He also confessed to meeting a French journalist for a face-to-face interview in Belgrade after testing positive for COVID-19.

What about the Australian Open?

It comes after the men’s tennis world number one was drawn against fellow Serb Miomir Kecmanovic in the Australian Open, which is due to begin on Monday 17 January.

Djokovic could still file a legal challenge but if not his hopes of winning a 10th title at Melbourne Park and 21st grand slam crown will come to an end.

If he is forced out of the tournament ahead of Monday’s order of play being announced, the seeds will be shuffled around, with fifth seed Andrey Rublev taking the tennis star’s place.

After the initial decision to overturn the cancellation of his visa at the start of the week, the 34-year-old returned to the tennis court to practice for the Open and has been doing so every day since.

AFCON 2021: Watch President Buhari Speak With Super Eagles Ahead Of Match With Tunisia

Nobody Can Say When Nigeria’s ‘Insecurity’ Will End – Femi Adesina

IT IS FOR YOUTH DEVELOPMENT” – OONI PLEDGES AS OYETOLA, OMISORE, OYINLOLA, MONARCHS, OTHERS GATHER...