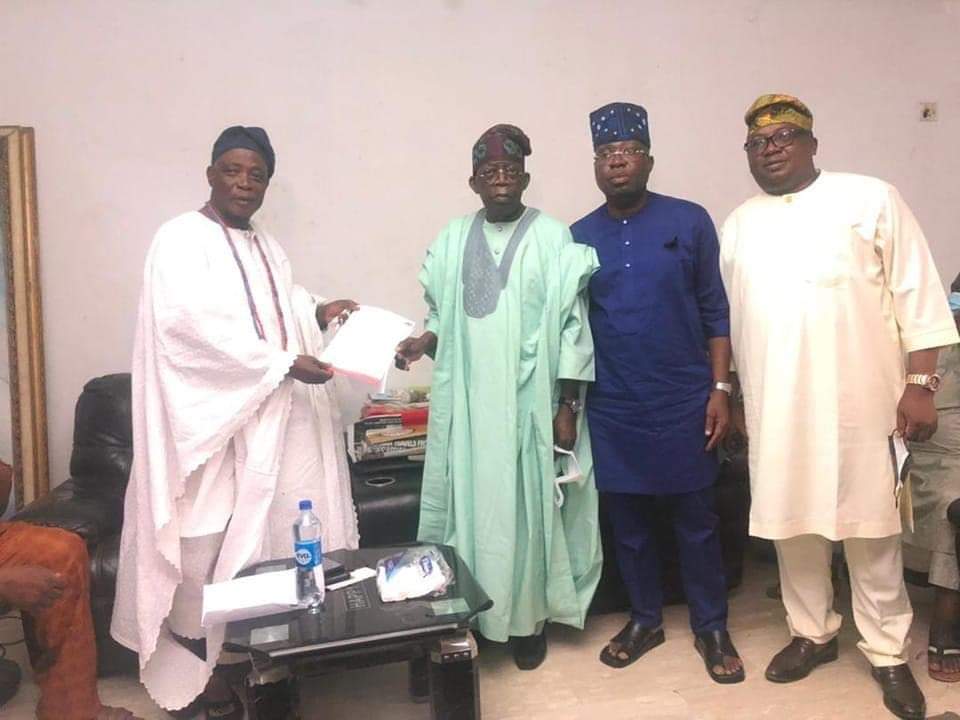 Former governor of Lagos State, Senator Bola Ahmed Tinubu, on Saturday in Ibadan, Oyo State capital said the outcome of consultations regarding his 2023 presidential ambition has been very successful.

He maintained that he has the confidence and capacity to overcome any form of challenge that may manifest in his bid to succeed President Muhammadu Buhari before and after the presidential election.

Speaking with journalists shortly after paying a visit to the former governor of Oyo State and the Osi Olubadan of Ibadan, Senator Rasheed Ladoja in his Bodija residence, Tinubu declared that *“the outcome of my consultation over my presidential ambition is successful.”*
He stated: “Life is a challenge and you must be ready to confront challenges and overcome. I have the confidence that I will overcome any form of challenge. I am sure I would face challenges and I have the confidence that I will overcome them.”

According to Tinubu, “the reactions of critical stakeholders to my presidential ambition have been very positive, encouraging and overwhelming and these have spurred me on with the strong conviction that we would succeed and emerge victorious after the election.
*“Life itself is a challenge and I have the confidence and capacity to wade through challenges and overcome. We are forging ahead and with the strong support of the masses of Nigerians, we are going to achieve a resounding victory, “* he posited.
Though journalists were barred from Tinubu’s meeting with Ladoja, which lasted for more than 30 minutes, insiders informed Sunday Tribune that Tinubu was in the state to commiserate with Governor Seyi Makinde and the people of the state over the demise of Soun of Ogbomoso, Oba Oladunni Oyewumi Ajagungbade, the Olubadan of Ibadan, Oba Saliu Akanmu Adetunji and former governor of Oyo State, Chief Christopher Adebayo Alao Akala