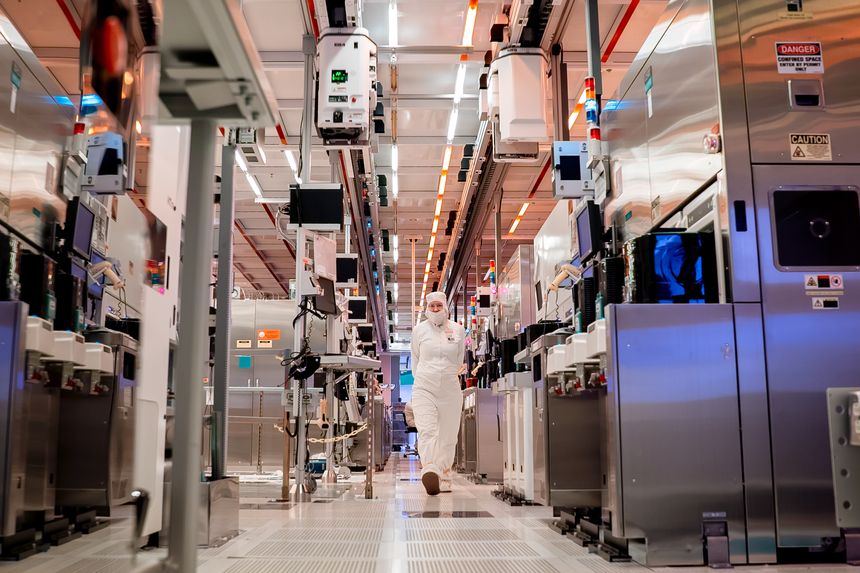 Intel Corp. INTC -2.95% plans to invest at least $20 billion in new chip-making capacity in Ohio, according to a person familiar with the matter, bolstering the company’s semiconductor production ambitions as greater demand for digital products and a global chip shortage have amplified the need for more manufacturing.

The facility would be built near Columbus, Ohio, according to the person. It would add to Intel’s effort to expand its chip-making business that has seen the company make more than $100 billion in investment pledges over the past year.

For Intel Chief Executive Pat Gelsinger, the move is the latest step in his push to revive the company’s fortunes by restoring its position as a cutting edge chip designer and becoming a leading chip manufacturer, including for other companies. In 2020, graphics chip maker Nvidia Corp. overtook Intel as the U.S.’s most valuable semiconductor company. Samsung Electronics Co. last year overtook Intel as the biggest chip maker by quarterly revenue. Analysts expect the South Korean company to hold on to that position when both report earnings next week.

Last year, Intel said it planned big investments in chip-making in Arizona and New Mexico and a roughly $95 billion commitment to European manufacturing.

The Intel facility is expected to create 3,000 permanent jobs at the new Ohio site, the person familiar with the plan said. Time magazine earlier reported on Intel’s Ohio investment.

READ ALSO:   Breaking: Another OAU student Is dead(SEE WHAT HAPPENED)

A combination of strong demand that industry officials expect to persist, the chip drought and governments willing to offer subsidies to land semiconductor production plants has triggered an investment spree among companies. Last year, Samsung said it would spend more than $205 billion over the next three years, with chip-making a priority, and unveiled a $17 billion investment in Taylor, Texas. Taiwan Semiconductor Manufacturing Co. , the world’s biggest contract chip maker, has said it would spend a record $100 billion over the next three years to increase production capacity. Other chip companies, such as memory-chip maker Micron Technology Inc. and Texas Instruments Inc., have also detailed fresh investment plans.

Companies are reacting to the chip shortage, which has caused car makers to idle plants and led to higher prices on some electronics. PC makers have enjoyed strong demand for their devices, but shortages of some components have weighed on shipments.

The chip shortage should start improving this year, though supply gaps could persist into 2023, Mr. Gelsinger has said.

To land the chip plants and reduce the risk of future supply-chain disruptions on their domestic industries, the U.S. and European governments are devising massive subsidy packages. Congress has been working to pass legislation to support chip-company investments in the U.S.

Last year, the U.S. Senate approved $52 billion in funding to support semiconductor research and production, though the legislation still needs to make its way through the House.