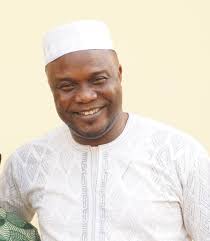 The three royal families in Ikeja, Amore, Iyade and Oshoja have debunked the rumour spreading around that one Tajudeen Muritala is the new monarch of Ikeja.

Speaking at the event, the only surviving kingmaker in Ikeja, Iyalode Folashede Illo said the families at no point in time agreed on Tajudeen Muritala.

Meanwhile Tajudeen Muritala is not from any royal family in Ikeja, he once claimed he is Iyade Family and we don’t know him, she said.

However, it is the turn of the Oshoja to produce the next Olu of Ikeja, since oshoja family failed to bring anybody forward, the government now have the full right to switch to the next family which is Iyade after the years giving to them must have elapsed but the government is yet to call on Iyade.

Meanwhile, the Oshoja family who are suppose to present the next king in a letter to the governor, dated August 10, 2020, appealed to Sanwo-Olu to as a matter of urgency intervene by installing one out of the two remaining nominated sons of Osoja Family as the Olu of Ikeja land.

It is also noteworthy that the Osoja Royal family forwarded a letter Dated 22nd December 2014 with Ref No: ORH/AD/2014/03 containing three names of its sons (Prince Shamsideen Adeleye (now late), Prince Nurudeen Adeleye and Prince Wasiu Adeleye) and asked the government to pick based on merit, a person with an impeccable and unquestionable character, which the government had since been acting upon, now seeing one Tajudeen Muritala baffles all the royal families in Ikeja.

The Oshoja and Iyade Royal Family of Ikeja wants to use this medium to send a note of warning to whom it may concern, to henceforth desist from infringing on any of the two family’s rights, hence making claims that can jeopardise the already existing progress in respect to the filling of vacant seat of Olu of Ikeja by the family.

They also called on security agencies to kindly invite Mr Tajudeen Muritala and investigate his claims to put him in order.

All efforts to reach out to Tajudeen Muritala prove abortive as at the time of filling this report.