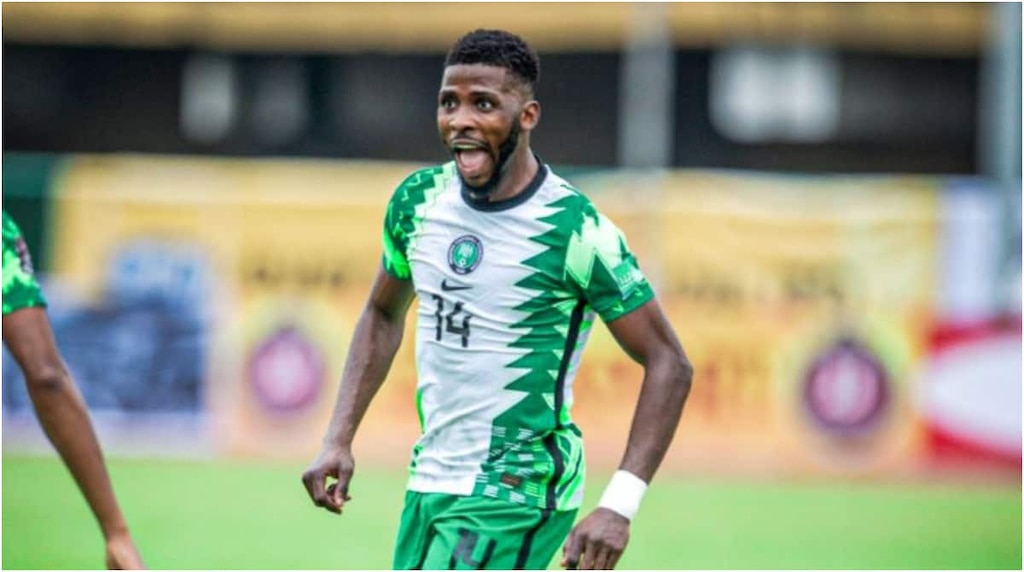 A Nigerian professional football player, Kelechi Iheanacho has been called out by a photojournalist for using his picture without giving credit.

This came after Leicester’s Nigerian striker shared the photo taken of him by the photojournalist on his social media during a tournament in the ongoing African Cups Of Nations without properly crediting the journalist.

The photojournalist, Pooja, then resorted to social media to call out the international footballer to do the right thing, however, the Leicester City striker has ignored and yet to respond to pleas.

Pooja while calling out the Super Eagles star, wrote; “This is my photo & I think Seniorman should’ve given me my credit & not even cut off my watermark. Please send dollars to compensate me. Help me RT o.

After the striker refused to acknowledge the journalist despite his pleading tweet, Pooja wrote;

Advertisement
READ ALSO:   England vs Italy: What Bonucci Said Ahead of Euro 2020 Final

“Despite over 1k+ mentions of his handle, @67kelechi has failed to respond despite being very active on social media. You cut of my watermark, i joked about and yet no response from him.

“A whole Ndidi cried out when SuperSport used his picture wrongly, but make Pooja no talk? Ok o.”