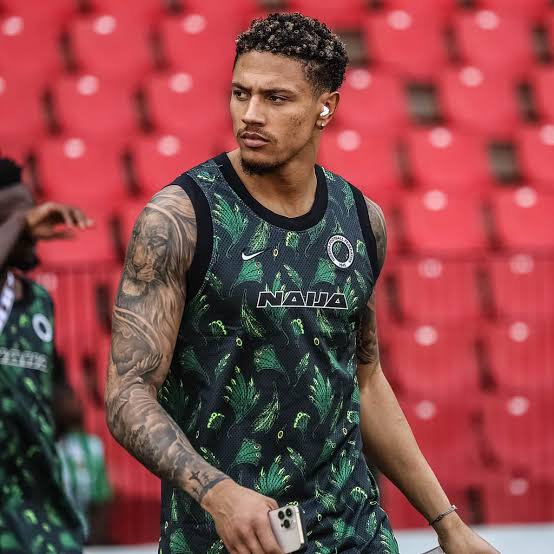 Super Eagles goalkeeper, Maduka Okoye and midfielder, Alex Iwobi, were subjected to cyberbullying by fans, including death threats, after Nigeria’s exit from the ongoing Africa Cup of Nations in Cameroon on Sunday following a 1-0 defeat to Tunisia.

Youssef Msakni scored the only goal of the encounter with a strike from 25 yards out to fire Tunisia to the last eight and break Nigerian hearts.

Some fans felt Okoye should have saved Msakni’s effort, while Iwobi was sent off for a foul after just six minutes on the pitch for what was deemed to be a dangerous tackle.

Iwobi had been sent into the game in the 59th minute for Kelechi Iheanacho to help change the complexity of the game, but his sending off further piled pressure on the midfield and the defence.

Advertisement
READ ALSO:   Mourinho Wants Cristiano Ronaldo to leave Italy, ‘so I can have peace’

An Instagram user @Clifford_Marius under a picture posted by Okoye wrote, “It will not be well with you. I pray you don’t see next month, you will die in a plane crash.”

@la_isle on Instagram wrote, “Maduka, you will not live long. You sold this AFCON match to the Tunisians.”

@pelexofLagos wrote, “Maduka Okoye, God will punish you and your family, your incompetence cost us AFCON.”

Striker Sadiq Umar had also been a subject of online bullying over his performance in some of the country’s group stage games.

Okoye and Iwobi were also subjects of social media memes.

However, they took individual action to reduce the effects of the abuses, with Okoye restricting comments on his Instagram handle, while Iwobi deleted all pictures on his page.

The Everton midfielder had previously deactivated his Twitter following the online abuses.