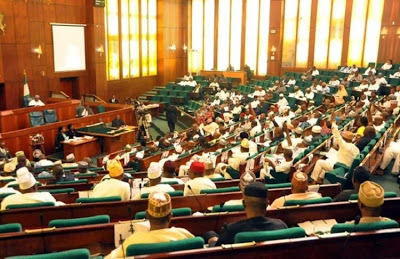 The Senate and the House of Representatives yesterday harmonised their positions on the 2010 Electoral Act (Amendment) Bill.

Both chambers agreed that “consensus” should be a part of the mode of nominating candidates by political parties for elections.

But they added some conditions for use of the option. According to the bill, parties must receive written consent from all aspirants.

In case of failure by parties to obtain written consent from aspirants, they (parties) must revert to either direct or indirect mode of primary.

The second condition is that where a party decides to use the consensus option, it must hold a special convention at all levels to ratify the candidate so agreed on before the nomination can become valid.

The amended bill also provides in Clause 84 (2) that: “The procedure for the nomination of candidates by political parties for the various elective positions shall be by direct, indirect primaries or consensus.”

Clause 84(3) of the unified bill states that: “ a political party shall not impose nomination qualification or disqualification criteria, measures, or conditions on any aspirant or candidate for any election in its constitution, guidelines, or rules for nomination of candidates for elections, except as prescribed under sections 65, 66, 106, 107, 131, 137, 177 and 187 of the 1999 Constitution (as amended).”

In the case of presidential primaries, all registered members of the party shall vote for aspirants of their choice at a designated centre at each ward of the Federation;.
The procedure in paragraph (a) above of this subsection shall be adopted for direct primaries in respect of governorship, senatorial, federal and state constituencies; and
Special conventions or congresses shall be held to ratify the candidate with the highest number of votes at designated centres at the national, state, senatorial, federal and state constituencies, as the case may be.
On indirect primaries, the bill provides under Clause 84(5) that, “a political party that adopts the system of indirect primaries for the choice of its candidate shall adopt the procedure outlined below:

In the case of nominations to the position of a presidential candidate, the political party shall – (i) hold a Special Presidential Convention at a designated centre in the Federal Capital Territory or any other place within the Federation that is agreed to by the National Executive Committee of the party where delegates shall vote for aspirants of their choice; and
the aspirant with the highest number of votes cast at the end of voting shall be declared the winner of the Presidential primaries of the political party and that aspirant’s name shall be forwarded to the Commission as the candidate of the party.
Senators had while reworking the bill vetoed by President Muhammadu Buhari approved direct, indirect primary and consensus modes. The House members gave nod to only direct and indirect primaries.

President Buhari had declined to sign the bill on the grounds that it made provision for only direct primaries as the only method for nominating candidates for elections.

Debate by the Senate on the new bill followed a motion titled: “Rescission on Clause 84 of the Electoral Act No.6 2010 (Amendment) Bill, 2022 and Committal to the Committee of the Whole” by Senate Leader Yahaya Abdullahi.