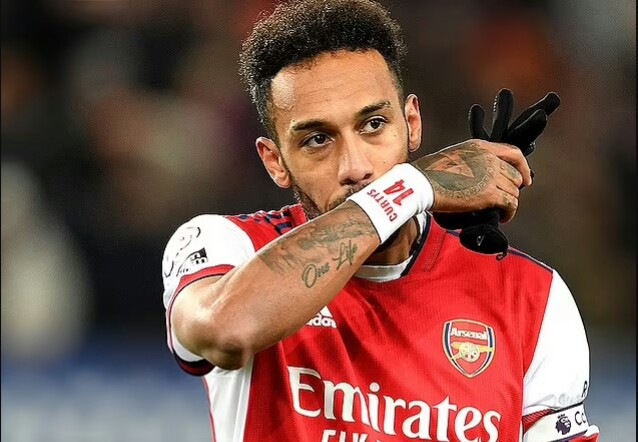 Arsenal striker Pierre-Emerick Aubameyang has reportedly been left in London as the club embarked on a trip to Dubai for a mid-season training camp.

According to The Telegraph, Aubameyang has been told to train his own even though Jack Wilshere, who is not even contracted to Arsenal but has been training with them, is included on the trip.

Arsenal are looking to offload the striker, who is on £350,000-a-week, before the end of the transfer window but The Telegraph adds Aubameyang has no interest in heading to Saudi Arabai, where there is interest from Al-Nassr.

But with Aubameyang not prepared to move there, Arsenal may have to consider offers from Europe where less of his wage will be covered.

Manager Mikel Arteta dropped Aubameyang and stripped him of the Arsenal captaincy after he returned late from a trip to France to visit his mother in December.

The Gunners appear to be missing Aubameyang, having scored just one goal in their last five games, and have been linked with several moves for his replacement.