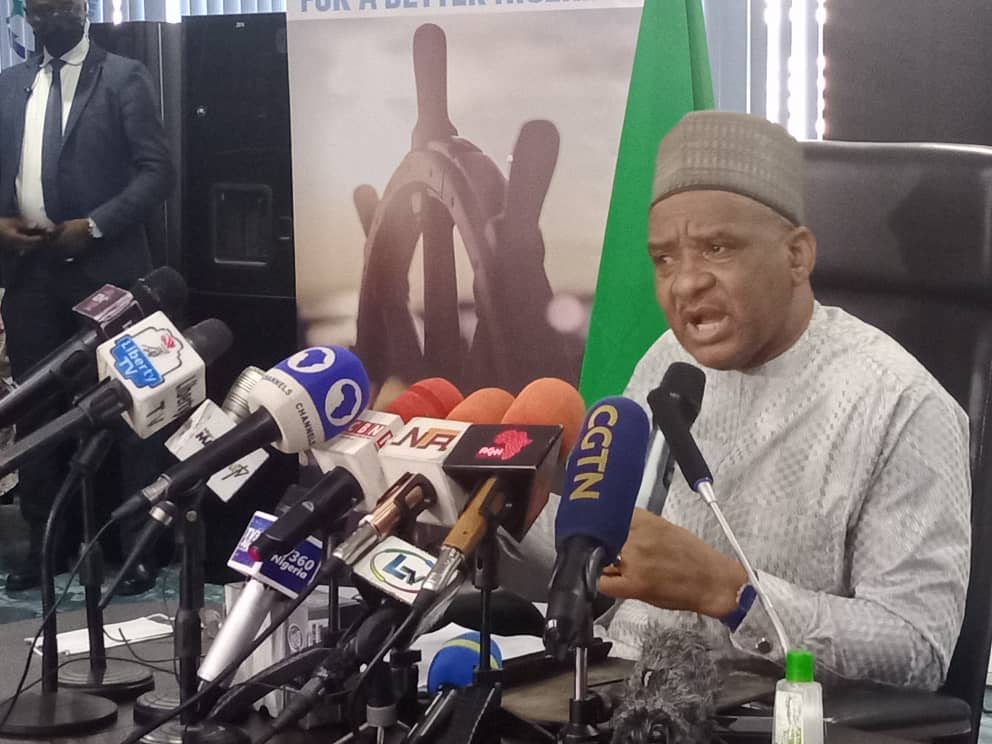 The Director-General of the Nigerian Maritime Administration and Safety Agency, NIMASA, Dr. Bashir Jamoh, has reassured stakeholders and players in the maritime corridor of his commitment to concrete safety and security in the nation’s maritime industry.

Speaking to a group of journalists in Lagos on Friday, including representatives of the National Association of Online Security Reporters, NAOSRE, Dr. Jamoh disclosed that the apex maritime regulatory agency’s commitment to safety and security were the reasons inspection of ships, which is in accordance with the safety requirements of the Merchant Shipping Act 2007, increased in 2021 by 43.6 percent.

“We have an administrative routine of surveying ships every month. It is all part of our commitment to safety and security. In year 2020, we surveyed 276 ships. But in 2021, the figures doubled. We surveyed 489 ships,” the agency boss stated.

According to the DG, the routine survey is an indication of management’s seriousness to ensure that each vessel maintains safety, pollution standards while in the ports and waters.

Dr. Jamoh added that plans are in place for the privatisation of the modular floating dockyard which has not been put into use saying that the agency would execute the privatization using the instrumentality of Public-Private Partnership, PPP.

He however assured that the floating dock will be operational before the end of first quarter of 2022. He emphasized that the Nigerian Ports Authority is a co-partner in the process, with the provision of its Continental Shipyard.

“We have been undergoing this process, and the DG ICRC was here for the first certificate, telling us that privatisation of the floating dock is profitable, doable and they gave us the go-ahead to do that.

“We have also gone ahead with the Managing Partner and co pattern, which is the Nigerian Ports Authority NPA, with the provision of Continental Shipyard,” he said.