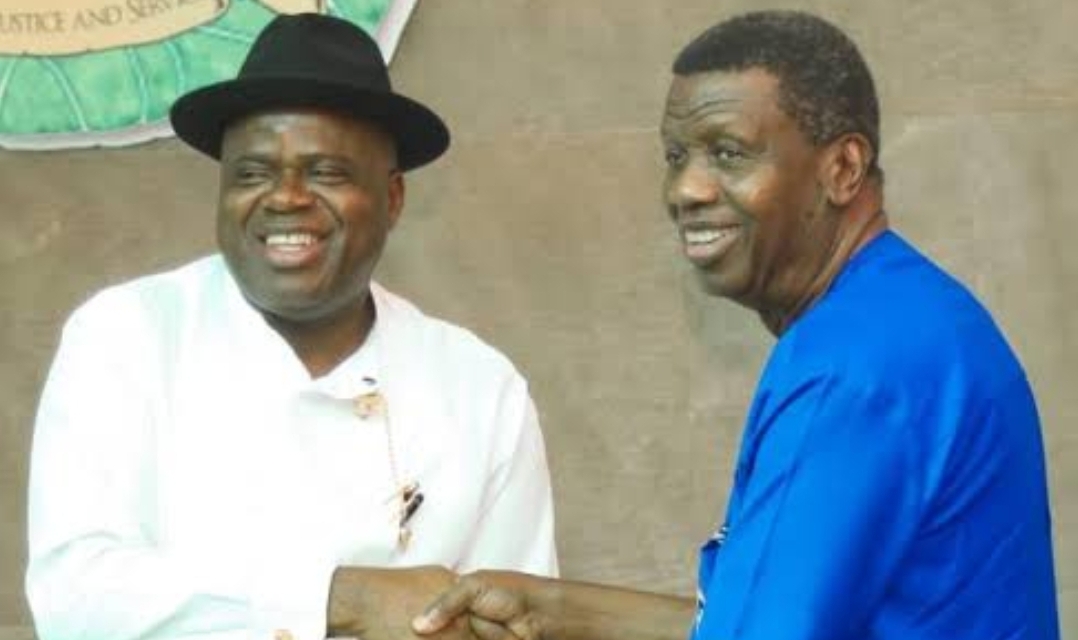 He thanked the RCCG leader for his continued support of his administration.

“You are a good father. So, after consultation, we decided to give you the name ‘Ebidaowei of Bayelsa’, meaning the good father of Bayelsa. Our story as a government in Bayelsa will be better told by you, Daddy G.O. When we were told that you were coming to start the year with us, we opened our arms to welcome you,” said the Bayelsa governor.

Mr Diri added, “This government will be two years old on February 14. You have been a part of us, supported us, prayed with us and prayed for us. You have continued to support us by coming to begin the year with us. As part of our second-anniversary celebration, we have adopted this programme. Bayelsa has been lighted up. Bayelsa will not go back to Egypt.”

The governor advised Christians to participate in politics actively. He gave the advice while speaking at the end of a two-day programme of RCCG’s ‘Light Up Bayelsa Holy Ghost Rally’ at the Oxbow Lake in Yenagoa on Thursday.

He urged Christians not to be aloof to politics or remain unconcerned but rather join to influence decision-making for the good of the generality of the people.

According to Mr Diri, Nigeria needs people who will salvage it from its many crises. He urged the church not to be docile in the face of insecurity, corruption and other vices threatening the country.