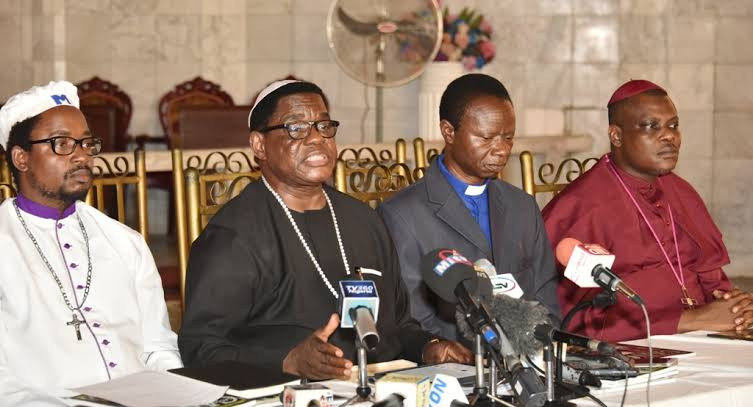 The Christian Association of Nigeria, CAN, Lagos State has debunked reports claiming that the Lagos State Government locked the residence of the Catholic Archbishop of Lagos around the City Hall area of the state.

Reports were rife online on Tuesday February 1, that the state government had taken over the cleric’s residence.

However, in a statement released, the chairman, CAN, Lagos State, Rt. Rev. Stephen Adegbite, described the reports as fallacious, erroneous and lacking in any truth or fact and called on the public to ignore it.

“The attention of CAN Lagos State has be drawn to report that it is embroiled in some form of disagreement with the Lagos State Government over the locking of the residence of one of the leaders of the Christian Community around the City Hall area of the State.

This is fallacious, erroneous and lacking in any truth or fact whatsoever and we would want those spreading such spurious and unfounded claims to desist from creating any of such falsehoods further.

Advertisement
It is true that some persons who have been discovered not to be working for or with the Lagos State Government or any of its agencies or parastatals but rather, a private company went ahead to lock one of the gates that leads to the residence of one of our leaders in the state, the Catholic Archbishop of Lagos to be precise.

And when the matter was investigated, it became clear that there was no instruction from any of the Lagos State Government agencies saddled with such responsibilities and immediately, the Government swung into action and those behind it were fished out.

Appropriately, government has since apologised and they have ensured normalcy is restored.

As a body, we also apologise to our revered leader for the embarrassment this very unwarranted and needless act of exuberance may have caused him and the body of Christ in Lagos State in particular and Nigeria in general.

Advertisement
CAN and the Christian Community is immensely grateful to the Lagos State Government for their prompt and swift response and their management of the situation which uncovered the perpetrators of the action who in no way have any affiliation with the State Government or any of its agencies or parastatals.

We trust that appropriate sanctions will be meted out on the perpetrators and this we hope will be without delay.

We also regret any kind of unease the earlier false reports may have caused and we ask that all those lies and misleading reports should be disregarded and relegated to the realms of nothing but mischief.

We would like to say unequivocally, that CAN and the Christian Community in the State have continued to enjoy deep and rewarding cooperation with the Lagos State Government over the years and the relationship has continued to grow stronger.

We thank Governor Babajide Sanwo-Olu for his transparent and all inclusive style of leadership and we enjoin citizens to remain hopeful for a more beneficial and fruitful experiences under this administration.”