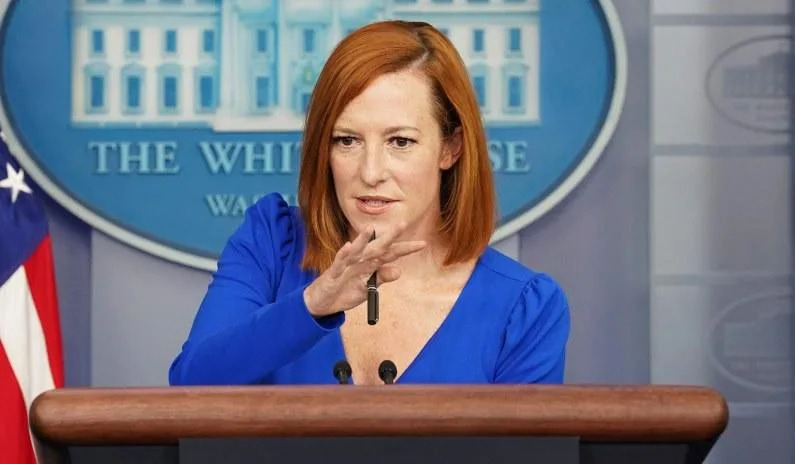 White House press secretary Jen Psaki said she doesn’t have any “new pledges to announce” when a reporter asked if President Biden will vow to nominate an Asian American or LGBTQ justice to the Supreme Court if any additional vacancies arise.

During a press briefing on Wednesday, a reporter asked if Biden would follow up on his pledge to nominate a black woman to the High Court by also promising to nominate judges from other backgrounds that have not been represented on the Court.

“Given the president’s commitment to diversify [the Supreme Court], will he make similar pledges should he have another opportunity to nominate someone?” the reporter asked. “For example, there’s never been an Asian American justice or an LGBTQ justice. So, will he make a similar pledge?”

Psaki replied that Biden’s record of nominating judges to lower courts “speaks for itself.”

“He has had an enormous number of justices — judges – he has nominated who are people of color, who are women,” she said. “He has nominated and confirmed an extraordinarily diverse bench of qualified individuals to serve on the courts and that is certainly a priority for him.”

She added: “I don’t have any new pledges to announce for you but I think I would point you to his record which speaks to his commitment to ensuring the court is more diverse.”

Biden first promised to nominate the first black woman to the Supreme Court during the spring 2020 presidential primaries. Now, with Supreme Court Justice Stephen Breyer retiring, Biden will have the opportunity to fill a vacancy on the High Court and says he plans to honor his promise.

“I’ve made no decision except one: The person I will nominate will be someone with extraordinary qualifications, character experience and integrity,” Biden said. “And that person will be the first Black woman ever nominated to the United States Supreme Court. It’s long overdue in my view. I made that commitment during my campaign for president, and I will keep that commitment.”

Biden’s decision to nominate a black woman to the Supreme Court without reviewing all potential candidates has drawn criticisms from lawmakers and American citizens alike.

“The fact that he’s willing to make a promise at the outset, that it must be a Black woman, I gotta say that’s offensive,” Cruz said on his podcast, Verdict with Ted Cruz. “You know, you know Black women are what, 6 percent of the US population? He’s saying to 94 percent of Americans, ‘I don’t give a damn about you, you are ineligible.’”

“And he’s also saying — it’s actually an insult to Black women,” Cruz added. “If he came and said, ‘I’m gonna put the best jurist on the court’ and he looked at a number of people and he ended up nominating a Black woman, he could credibly say, ‘OK I’m nominating the person who’s most qualified.’ He’s not even pretending to say that. He, he’s saying, ‘If you’re a white guy, tough luck. If you’re a white woman, tough luck. You don’t qualify.’”

Meanwhile, a new ABC News/ Ipsos poll found that 76 percent of Americans want Biden to consider “all possible nominees,” while only 23 percent want him to automatically follow through on his promise to nominate a black woman.

Just 28 percent of nonwhite Americans want Biden to consider only black women for the soon-to-be open seat, the poll found. Even a majority of Democrats — 54 percent — prefer that Biden weigh all possible nominees.