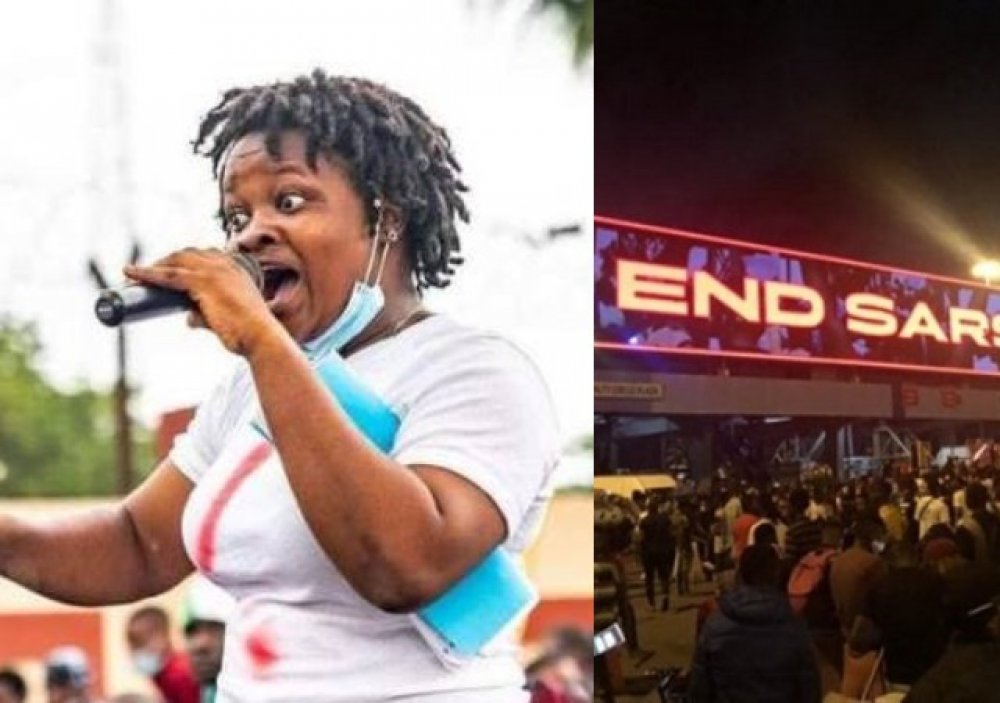 Some Twitter users are criticising Rinu Oduala for planning to host Dr Bukola Saraki, a forme Senate President, Governor of Kwara State and one of the leaders of the PDP, on her Twitter Spaces discussion which is scheduled for tomorrow.

Recently some entertainers have been criticised for associating with prominent APC figures. For example, Leo Dasilva was heavily criticised for agreeing to speak at an event in honour of Bola Tinubu and Taoma and other comedians were criticised for meeting Vice President Osinbajo.

People are wondering why these entertainers are being criticised for meeting APC figures, when some of the leaders of the protests, who had declared (during the protest) that they didn’t want APC or PDP anymore, are now meeting with PDP figures. The Twitter celebrity “Aproko Doctor” also recently met with Doctor Saraki.

However, some of her supporters say that the fact that she is hosting Dr Saraki does not mean that she supports him.

Here are screenshots of some of the tweets. 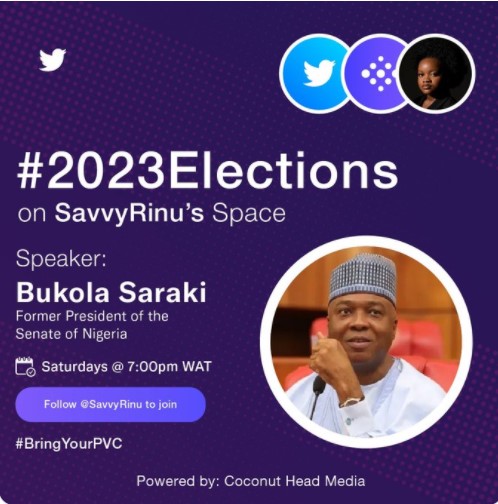 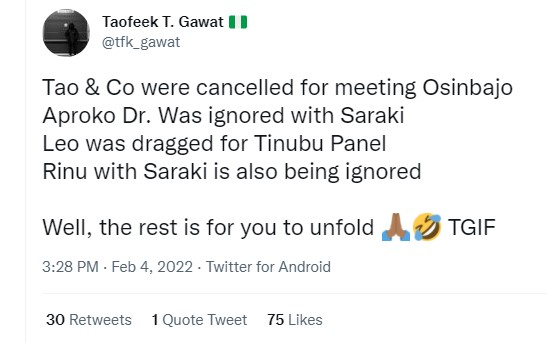 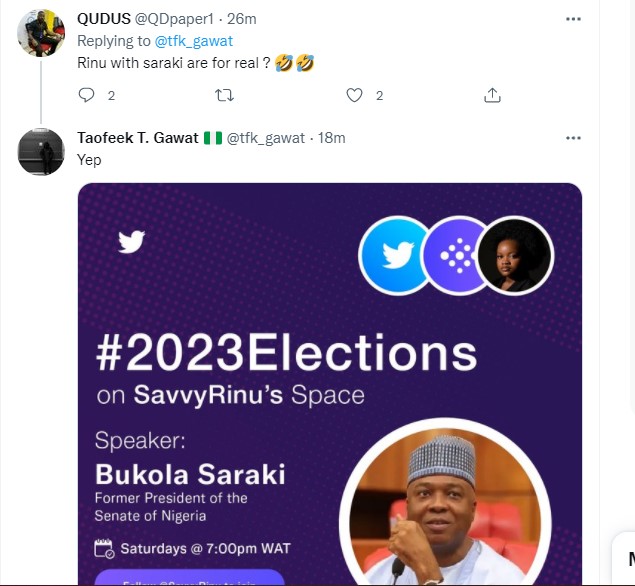 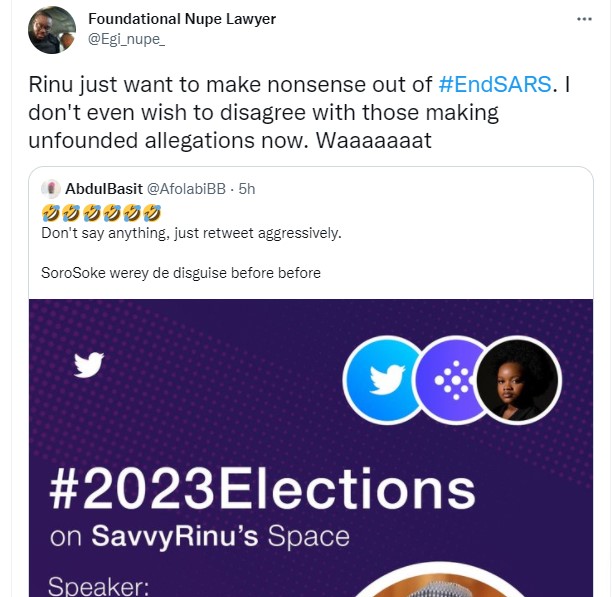 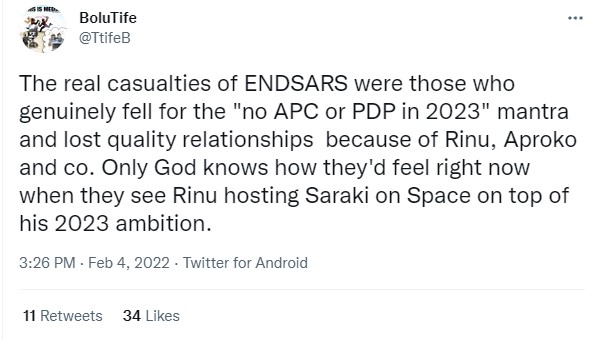 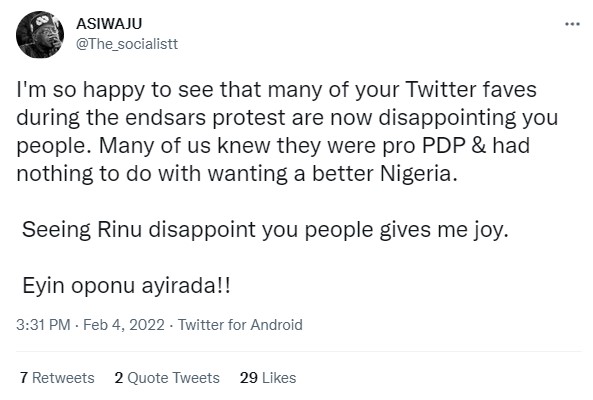