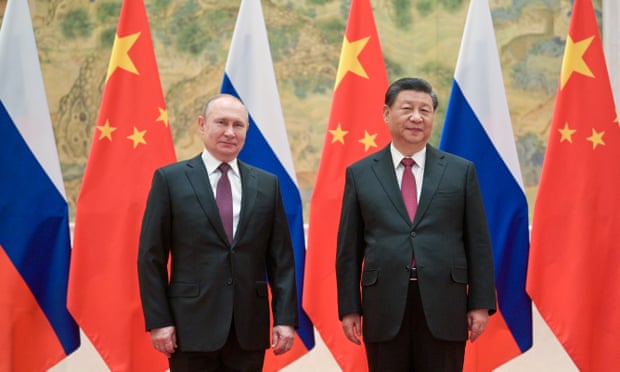 China’s Xi Jinping is holding his first face-to-face meeting with a world leader in nearly two years on Friday as he hosts Russia’s Vladimir Putin, with the pair drawing closer as tensions grow with the west.

Xi has not left China since January 2020, when the country was grappling with its initial Covid-19 outbreak and locked down the central city of Wuhan where the virus was first detected.

He is preparing to meet more than 20 leaders as Beijing kicks off a Winter Olympics it hopes will be a soft-power triumph and shift focus away from a buildup blighted by a diplomatic boycott and Covid fears.

He will meet Xi before their nations release a joint statement reflecting their “common views” on security and other issues, a top Kremlin adviser said at a Wednesday press briefing.

READ ALSO:   Van drivers in UK will need new operating licences to enter EU from May

The pair will then attend the Olympic opening ceremony in the evening.

Spiralling tensions with the west have bolstered ties between the world’s largest nation and its most populous. Putin was the first foreign leader to confirm his presence at the Olympics.

“I have known President Xi Jinping for a long time,” CCTV quoted Putin as saying in a report on Friday. “As good friends and politicians who share many common views on solving world problems, we have always maintained close communication.”

China’s state-run Xinhua news agency also carried an article from Putin on Thursday in which the Russian leader painted a portrait of two neighbours with increasingly shared global goals.

“Foreign policy coordination between Russia and China is based on close and coinciding approaches to solving global and regional issues,” Putin wrote.

He also hit out at US-led diplomatic boycotts of the Beijing Olympics that were sparked by China’s human rights record.

“Sadly, attempts by a number of countries to politicise sports for their selfish interests have recently intensified,” Putin wrote, calling such moves “fundamentally wrong”.

For its part, China has become more vocal in backing Russia in its dispute with Nato powers over Ukraine.

Moscow is looking for support after its deployment of 100,000 troops near its border with Ukraine prompted western nations to warn of an invasion and threaten “severe consequences” in response to any Russian attack.

China enjoyed plentiful support from the Soviet Union – the precursor to the modern Russian state – after the establishment of Communist rule in 1949, but the two socialist powers later fell out over ideological differences.

Relations got back on track as the cold war ended in the 1990s, and the pair have pursued a strategic partnership in recent years that has seen them work closely on trade, military and geopolitical issues.

Those bonds have strengthened further during the Xi Jinping era, at a time when Russia and China find themselves increasingly at odds with western powers.

About 21 world leaders are expected to attend the Games. A majority of those leaders rule over non-democratic regimes, according to the Economist Intelligence Unit’s Democracy Index, with 12 labelled either “authoritarian” or a “hybrid regime”.