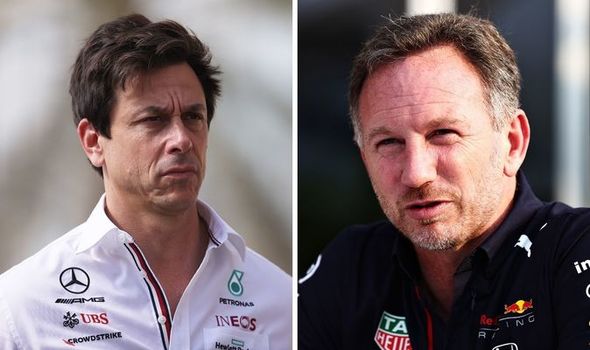 The new 2022 F1 season gets underway in little over a month at the Bahrain International Circuit.

Plans for the 2022 season have been put in place for a long period of time, but Mercedes and Red Bull are part of a small group of teams in a reported £103million battle with the FIA. Regulation changes for this year’s cars have been long in the works with some teams working on them from 2017.

Bigger tyres, heavier cars and winglets over the wheels are just some new features on the 2022 F1 car.

Haas will be the first to unveil their new-look livery on Friday (11am GMT) with others following suit next week and beyond.

Then there’s just a short stretch before the first unofficial track day in Barcelona at the end of the month.

The pre-season test then takes place in Bahrain in the middle of March before the opening race of the season.

While there is little time until lights are out on the new campaign, there are still a number of issues for the FIA to sort out.

Lewis Hamilton‘s future appears to depend on the outcome of the FIA inquiry into the events in Abu Dhabi last year.

Michael Masi has come under intense scrutiny with some calling for the FIA racing director to step down.

But there are also disagreements on the planned calendar in what is set to be a 23-race season.

According to the Daily Mail, sprint races this year will be held at different venues but the format could be SCRAPPED.

It is claimed that Mercedes, Red Bull and Ferrari are pushing for the cost cap of £103m increased to help cover the extra cost of the sprint races.

There had originally been plans for six sprint races this season, but F1 chief Stefano Domenicali has reportedly cut that down to three in a bid to wade off the cost cap queries.

There will be a discussion on the matter at the F1 Commission on February 14.

Agreement from eight of the 10 teams competing in F1 is required for the sprint races to go ahead as planned.

McLaren CEO Zak Brown took aim at his rivals over their monetary demands.

He said: “One in particular wanted a £3.7m budget cap increase which was just ridiculous, with no rational facts behind it.

“When those facts are challenged, the response is, ‘well, you have to anticipate and have the extra money just in case something happens’. You end up sitting there and realising it is just nonsense.

“We all have the same challenge. If you do happen to have more crashes, well that is part of sport, like a football player getting injured.

“We shouldn’t solve it just by getting the chequebook out.”