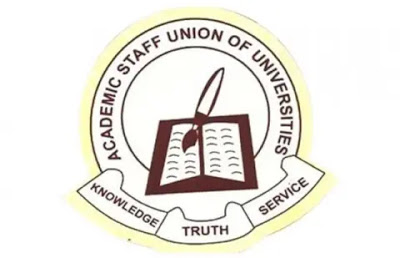 The Academic Staff Union of Universities has urged its chapters across the country to sensitise members of the public on the situation between the union and the Federal Government. This is as it declared Monday, February 7, 2022, as a lecture-free day in a bid to enhance the sensitisation.

The National President of the Union, Professor Emmanuel Osodeke, disclosed this in an interview with our correspondent on Saturday evening.

The directive to the chapters of ASUU comes less than a week after the President  Muhammadu Buhari pledged the commitment of his administration to fulfilling the agreement with the union.

Buhari made the promise when members of the Nigeria Inter-Religious Council visited him to discuss the lingering issues.

While making the pledge, Buhari pleaded with the union to exercise patience and consider current economic realities.

The last national strike by ASUU was in March 2020 and it lasted till December 2020, when a Memorandum of Action was signed.

However, a year after signing the MoA, ASUU accused the government of failing to fulfil its side of the bargain and threatened to mobilise for another strike immediately.
The government quickly moved to pay N55bn as part-payment for the Earned Academic Allowance and Revitalisation Fund, but the union was unmoved until the Nigeria Inter-Religious Council and other dignitaries waded in.

Speaking with Sunday PUNCH, Prof Osodeke clarified that the union had not yet declared a strike but would be sensitising the public, which includes the media, on the state of affairs between the union and the Federal Government.