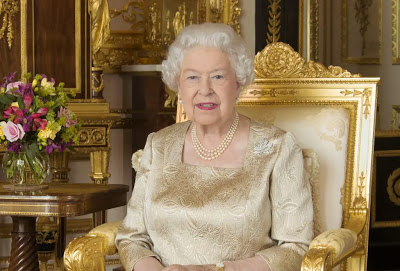 The Queen has expressed her “sincere wish” that the Duchess of Cornwall becomes Queen Consort when Charles becomes king.

In a candid message marking the 70th anniversary of her accession, the monarch made clear her desire, unambiguously paving the way for Queen Camilla.

When the duchess married the Prince of Wales in 2005, it was made clear by Clarence House that she would carry the title of HRH The Princess Consort.

It has long been speculated that this was a title of convenience at a time when the duchess was seen to be less popular in the polls, due to her relationship with Charles when he was married to Diana, Princess of Wales.

Charles is understood to have long harboured a firm desire his wife should carry the title of Queen Consort, and be thus crowned and anointed, when he becomes king.

The Queen made clear she supported this in a written message released on Saturday before Sunday’s Accession Day.

In it, the Queen thanked the nation for the “loyalty and affection” she had received over her long reign.

She added: “And when, in the fullness of time, my son Charles becomes King, I know you will give him and his wife, Camilla, the same support that you have given me; and it is my sincere wish that, when that time comes, Camilla will be known as Queen Consort as she continues her own loyal service.”

The Queen has recently signalled her strong support for Camilla, making the duchess a Royal Lady of the Most Noble Order of the Garter, in recognition of her contribution to the monarchy.

Many observers saw this as a step towards confirming Camilla would be accorded Queen Consort status.

Senior royals clearly feel public opinion about Camilla has changed in recent years with her popularity growing, and that this historic moment in the Queen’s reign as she marks her platinum jubilee is an appropriate time to end speculation about Camilla’s future title.

At the time of her marriage to Charles, many questioned that she could not be styled Princess Consort and that protocol dictated she would be Queen Camilla in any event, in the same way the Queen Mother became Queen Elizabeth when she married George VI.

The Queen, who will mark the 70th anniversary of her accession in private at Sandringham on Sunday, said in her message that it was still a day “even after 70 years, I still remember as much for the death of my father, George VI, as for the start of my reign.”

She renewed the pledge she first gave in 1947 “that my life will always be devoted to your service.”

She also paid tribute to the Duke of Edinburgh, who died in April aged 99 after being at her side during 73 years of marriage.

She said: “I am fortunate to have had the steadfast and loving support of my family.

“I was blessed that in Prince Philip I had a partner willing to carry out the role of consort and unselfishly make the sacrifices that go with it.

READ ALSO:   Return to work or we will invoke ‘no work, no pay’ – FG tells Resident Doctors

“It is a role I saw my own mother perform during my father’s reign.”

She reflected on the “goodwill shown to me by people of all nationalities, faiths and ages in this country and around the world over these years.”

“I remain eternally grateful for, and humbled by, the loyalty and affection that you continue to give me.”

It is not the first time the Queen has expressed her “sincere wish” on a delicate matter.

In 2018, she ensured Charles would succeed her as head of the Commonwealth, after much debate over who her successor would be.

She voiced her views the day before top government officials from the 53-nation body met at Windsor Castle, saying it was her “sincere wish that the Commonwealth will continue to offer stability and continuity to future generations and will decide one day the Prince of Wales should carry on the important work started by my father in 1949”.

Unsurprisingly, after that declaration, the Commonwealth agreed Charles, who was not a universally popular choice, should succeed his mother as head.

Camilla would technically have been Queen when Charles acceded to the throne, and only legislation would have prevented it.

But royal aides insisted, when she married Charles in 2005, that Camilla did not want to be queen and said originally that the former Mrs Parker Bowles “intended” to be known instead as Princess Consort – the first in British history – instead.

Any mention of “Princess Consort” was removed from Charles’s website during a revamp in 2018.

Former BBC royal correspondent Peter Hunt said: “This is the most extraordinary message. The Queen is ensuring the transition, when it comes, to her son as king is as seamless and trouble-free as possible.

“She’s future-proofing an institution she’s served for 70 years. And for Camilla, the journey from being the third person in a marriage to queen-in-waiting is complete.”

Women married to a monarch have historically been crowned Queen Consort.

Such was the case for the George VI’s wife, Queen Elizabeth the Queen Mother, and for George V’s wife Queen Mary – the Queen’s grandmother.

The exception was Queen Mary II who, with her husband, King William III, was joint-Sovereign from 1689 to 1694.

The royal website used to declare: “A Queen consort is crowned with the King, in a similar but simpler ceremony.”

But after Charles’s marriage to Camilla, it added the get-out clause “unless decided otherwise”.

Victoria had wanted him to be King Consort when they married, but the then prime minister Lord Melbourne ruled it out.

The Duke of Edinburgh did not hold the title Prince Consort, having rejected the offer in the early years of the Queen’s reign.

Camilla may be destined to be a Queen but not the Queen.

The Queen is Queen Regnant, a female monarch equivalent in rank and title to a king, who reigns in her own right. A Queen Consort is the wife of a reigning king.

While a Queen Regnant possesses and exercises sovereign powers, a Queen Consort – such as the Queen’s mother, who became Queen Elizabeth when George VI became king – does not formally share her spouses powers.