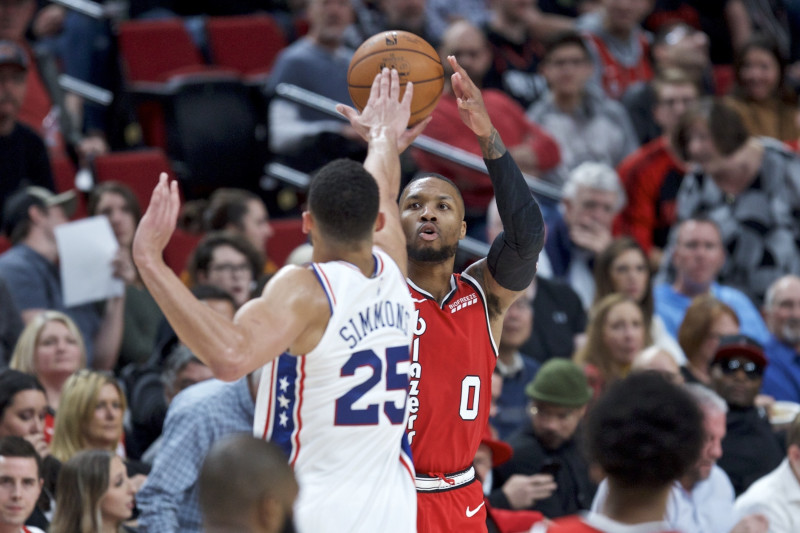 As we close in on the official trade deadline (Feb. 10, 3 p.m. ET), keep up with the latest rumblings around the NBA — and the latest deals that have been agreed to — as deadline day approaches.

The Sacramento Kings have reportedly acquired former All-Star forward Domantas Sabonis in a trade with the Indiana Pacers, per multiple reports.

The Portland Trail Blazers have reportedly agreed to trade CJ McCollum to the New Orleans Pelicans, according to ESPN’s Adrian Wojnarowski and The Athletic’s Shams Charania.

Brooklyn Nets guard Joe Harris, who has been out since November due to ankle surgery, is reportedly being shopped by the team per Brian Windhorst of ESPN. Harris is a well-known 3-point specialist and led the league in 3-point percentage in two of the last four seasons. This season, he is averaging 11.3 ppg, 3.6 rpg and 4.0 apg while shooting 46.6% on 3-pointers in 14 games.

The Milwaukee Bucks and Boston Celtics have reportedly had trade discussions, per ESPN’s Brian Windhorst. The Bucks have reported interest in Celtics backup guard Dennis Schroder, while the Celtics have some interest in Bucks guard Donte DiVincenzo. Per Khari Thompson and Tom Westerholm of Boston.com, the Chicago Bulls and Milwaukee Bucks have put offers “on the table” for Schroder as well.

ESPN’s Adrian Wojnarowski reports the Indiana Pacers are seeking a “big package” in any trade for former All-Star Domantas Sabonis as the trade deadline nears. Sabonis is one of seven players in the NBA averaging more than 18 points and 10 rebounds per game (18.9 ppg, 12.1 rpg). Indiana is just days removed from sending Caris LeVert to the Cleveland Cavaliers for future Draft picks and injured guard Ricky Rubio.

Trail Blazers guard CJ McCollum has reportedly drawn interest from the New York Knicks, per ESPN as well as via longtime NBA reporter Marc Stein. McCollum is averaging 20.5 ppg, 4.3 rpg and 4.5 apg this season for Portland. Both Stein and ESPN report the New Orleans Pelicans are also showing interest in McCollum as well and ESPN’s Brian Windhorst reports the Indiana Pacers may have interest in him as well.