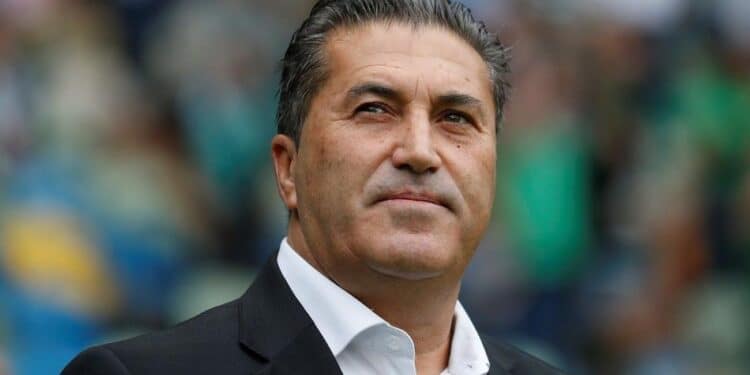 Portuguese coach Jose Peseiro has offered explanations on why his contract talks with the Nigeria Football Federation fell through.

Peseiro was announced as replacement for German tactician Gernot Rohr last December and was expected to travel to Cameroon for the 2021 Africa Cup of Nations. The NFF has however decided to stick with interim manager Austine Eguavoen for now despite the team’s early elimination from AFCON 2021. Read Also: AFCON 2021: ‘I Was Better Than Mendy’ –Egypt Keeper, Abou-Gabal

“We acknowledge and appreciate the interest that Mr Jose Peseiro has shown in Nigeria Football during our very cordial discussions and have absolutely no doubt about his capacity. We believe that perhaps in the future, there could be an opportunity to work with him, “NFF General Secretary, Dr Mohammed Sanusi said in a statement on Monday.

“However, in view of the positive performance of the Super Eagles at the just-concluded Africa Cup of Nations which has given hope to Nigerians and boosted our confidence in the present coaching crew to qualify us for the World Cup in Qatar, we have decided to accept the recommendation of the Technical and Development Committee to retain the Eguavoen-led coaching crew and strengthen it with the addition of Emmanuel Amuneke.”

Peseiro has however revealed that talks broke down between the two parties due to financial issues and clauses in the proposed contract.

“After several weeks of negotiations, during which there were several news, from the Nigerian Football Federation, that I would be the coach of their team, from the end of the CAN 2021, a fact that I never confirmed, and these did not materialize due to disagreement regarding contrarian clauses and financial matters,”the former Saudi Arabia coach wrote on Instagram.