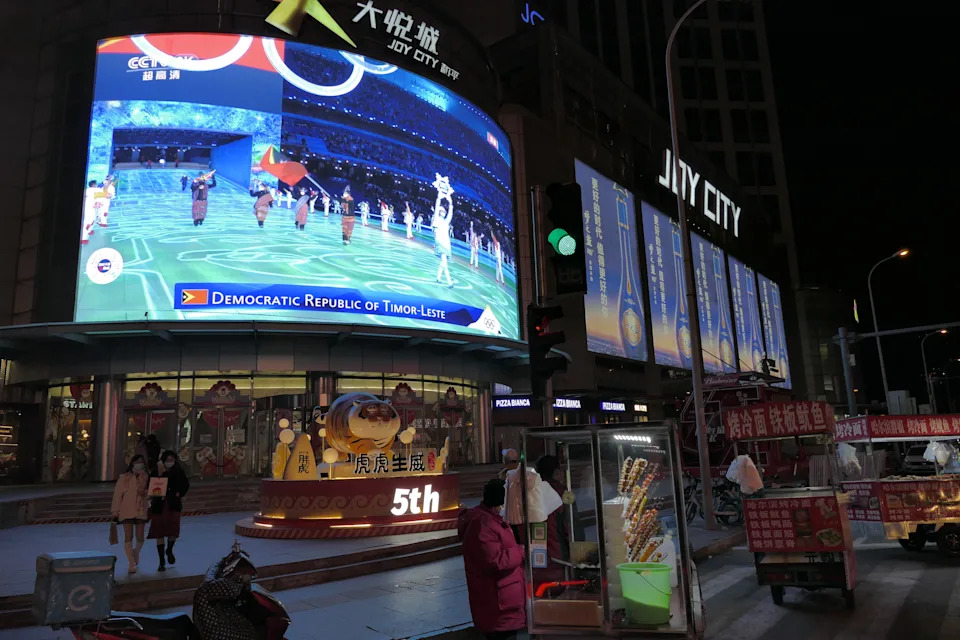 The medal ceremony for the figure skating team event scheduled for Tuesday didn’t occur and has been delayed indefinitely due to a “legal issue”, the International Olympic Committee said.

“The situation arose today, on short notice, which requires legal consultation with the [International Skating Union],” IOC spokesman Mark Adams said on Wednesday morning in China. “Because there are legal implications I can’t really talk about much. It’s kind of an emerging issue.”

The Russians handily won gold in the event on Monday. The United States took the silver and Japan bronze. Canada was fourth and potentially could be elevated to the podium.

Adams said the IOC was determined to get the issue resolved as soon a possible. He offered no details on how it would be determined or what the roles of the ISU and IOC would entail.

Any question about doping could impact any of the Russian skaters who are still set to compete in individual events over the next nine days of competition. The members of the team that won gold are Kamila Valieva, the 15-year-old sensation who is the gold-medal favorite in the women’s competition; Mark Kondratiuk; pairs skaters Anastasia Mishina and Aleksandr Galliamov; and ice dancers Victoria Sinitsina and Nikita Katsalapov.

The name of the person who tested positive has not been released.

The men’s individual final concludes Thursday morning in Beijing (Wednesday evening in the United States). Three Russians are set to compete in the free skate, although only Kondratiuk competed in the team event and thus could even potentially be involved.

Additionally, some athletes from the other countries who won medals will be leaving Beijing soon after they are done competing.

“We are doing our level utmost to do everything we can,” he continued. “As you know, legal issues can sometimes drag on.”

Even if the dispute is resolved without any issues and the medal ceremony goes on as is, the delay alone will just exacerbate suspicions about the Russians, who won the gold in the team competition with ease.

Russia scored 74 points and finished either first or second in eight of the nine disciplines. The Americans were way behind at 65, with just three top-two finishes. Japan had 63 points.

Officially, Russia is banned from these Olympics due to repeated, state-run performance-enhancing drug operations. That includes having a building constructed next to the doping lab for the 2014 Winter Olympics in Sochi, Russia, where, at night, Russia had dirty samples from their athletes handed out and clean samples handed in through a hole in the wall.

The IOC has allowed Russian athletes who were not implicated in that scandal to compete in subsequent Olympics under the title of “Russian Olympic Committee.” It is a distinction without much of a difference. They wear the same blue, white and red colors and while the Russian national anthem is not allowed to be played at medal ceremonies, there is little doubt whom they represent.

Now there is an additional legal situation that has delayed a medal ceremony, and all eyes once again on Russia.