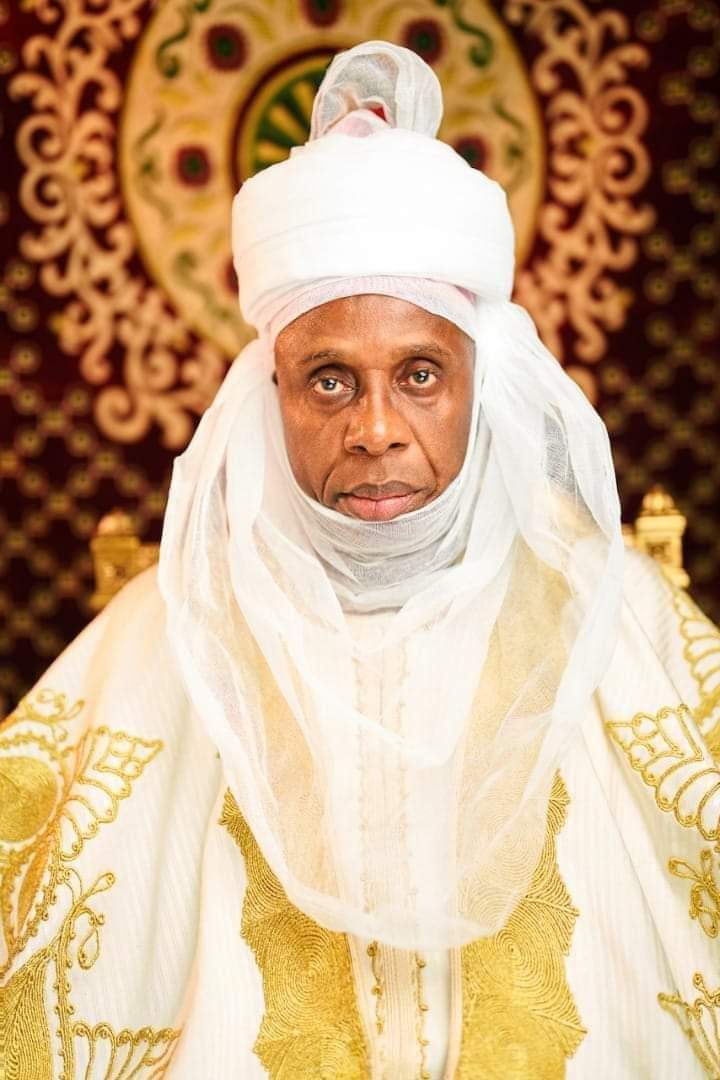 The turbaning of the minister of Transportation, Rt. Hon. Chibuke Rotimi Amaechi as ‘the Dan-Amanar of Daura’

in Daura, Katsina State, the home town of President Muhammadu Buhari, added a fresh dimension to the race for the 2023 presidential ticket in the All Progressives Congress (APC).

Amaechi was last Saturday turbaned by the Emir of Daura, Alhaji Farouk Umar Farouk, with the most prestigious traditional title for his outstanding contributions to the emirate and the reforms witnessed in the nation’s transport system amidst pomp and pageantry.
Some of the reforms include the Kano – Daura – Katsina rail line which terminates at Maradi, the Niger Republic and the ongoing construction of the University of Transportation in Daura.

The Emir of Daura, Alhaji Umar Faruq, while justifying the title bestowed on the Transportation Minister, during the ceremony held at the royal palace in Daura, said, “Daura Emirate does not confer titles on people because of money. The Emirate considers the services rendered to humanity by whoever he wants to honour.

“The Kano-Daura-Katsina rail line which will terminate at Maradi and the Federal University of Transportation, Daura, would bring us benefits in the education of our youths, create employment for our teeming youths and socio-economic development of our community and that of Nigeria. It is because of all these that we are honoring him with the title.”

On his part, President Buhari described the conferment of the title on Amaechi as a clear commitment to the harmonious relationship between the nation’s diverse cultures.
The President’s Senior Special Assistant on Media and Publicity, Garba Shehu, quoted the President as commending Amaechi “for working with enormous energy to make the change we promised Nigerians a reality,” saying “the change we are witnessing in the transport sector is an extraordinary legacy.”

Nevertheless, some pundits aver that the essence of the title of Dan-Amanar Daura which means, “the Trusted Son of Daura”, especially at a time like this, inadvertently gives Amaechi, a former governor of Rivers State, some political mileage of sorts.

They also say that with “Daura, being the administrative headquarters of Hausaland”, Amaechi may well be the preferred candidate of the northern people. This is in spite of the fact that Amaechi has yet to declare for the position unlike some other party chieftains.

While businessman and APC chieftain, Gbenga Olawepo-Hassim, had said he will make a formal declaration after the APC national convention, Nigerians await the formal declaration of Vice President Yemi Osinbajo, Amaechi; Ekiti state Governor, Dr Kayode Fayemi and minister of state for Education, Hon Emeka Nwajuiba for the top seat.

However, the Daura ceremony became a political rally of sorts, considering the calibre of persons, political groups and remarks by some few individuals.

Others are Okechukwu Enelamah, former Minister of State for Trade and Investment; Alhaji Yusuf Tukur Buratai; Mallam Isa Yuguda, former Bauchi Governor; Alhaji Musa Haro, District Head Dumurkol, Alhaji Yusuf Buhari; District Head of Kwasarawa, Alhaji Bashir Jamo; director general of NIMASA and Alhaji Muhammadu Koko, among others.
Amaechi’s title did not come as a surprise to analysts, like Maxwell Obiekwu, especially when one considers that “he served as director-general of Muhammadu Buhari Campaign Organisation in 2015 and in 2019. Beyond the fact that he delivered on those mandates, it takes a measure of trust to entrust such a position to a person twice.”
The regional debate….

Nevertheless, the turbaning of Amaechi has heightened the intrigues over where the presidential ticket of the party might swing to.

Although the entire south has been clamouring for the presidential ticket to be zoned to the region, there has been subtle contest among the three zones in regions for the ticket.
While the array of presidential hopefuls from the South-East and South-West regions, had put these two regions in the fore of the clamour, the Amaechi prospects appears to be altering the notion that the South South shouldn’t also take a shot at the top seat.

But the zoning debate gets more interesting. Although Amaechi identifies as a Igbo man even as someone from the South South region, a group, South East Patriots, led by Sir Obunike Ohaegbu, argues that “We believe that it would be insensitive to the agitation of the South East for anyone in the South-South or South-West to present themselves for the Presidency at this time. We in the SEP will consider such aspiration as being offensive to the sensitivities of the people of the South East.”

But in a counter-argument, the Ohanaeze Ndigbo Worldwide, believes that the traditional title of ‘Dan Amanar Daura’ conferred on the Amaechi by the Daura Emirate in Katsina State has brightened the chance of Igbo nation for the 2023 presidential race.
The organisation in a statement by its secretary general, Mazi Okechukwu Isiguzoro, described Amaechi as the beloved son of Igbo nation who has strengthened the cordial relationship between the North and Eastern Nigeria by accepting the title.

It stated further that Amaechi’s pan Nigerian postures as minister for transportation had strengthened the cordial relationship between the North and Eastern Nigeria and the opportunity for the emergence of a New Nigeria anchored on justice and equity.
This, the group said, is because the quest for 2023 Igbo Presidency accommodates all prominent sons and daughters from all Igbo speaking areas including Delta and Rivers states.

While the minister remains silent on his next moves ahead of the 2023 elections, the permutations within the party and the entire polity are still unfolding.

How the zoning debate swings especially within the south region will be instructive for the presidential hopefuls in the region.

But pundits aver that recognising the minister as a trusted son of the strategic traditional power base like the Daura Emirate is quite significant.