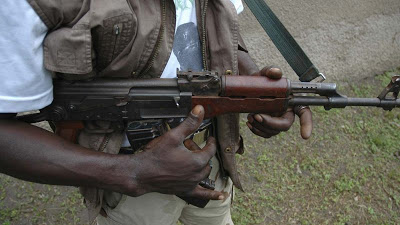 Unconfirmed sources said two policemen fell to the bullets of the robbers who shot sporadically while carrying out the operation.

It could not be confirmed if the gunmen successfully hijacked the bullion van.

Others sources said the bullion van attacked was coming from one of the new generation banks located around Testing ground.

Efforts to confirm the incident from the Police proved abortive as calls to the police spokesperson is not going through as at the time of filling this report.