Metropolitan Police Commissioner Dame Cressida Dick is leaving her role after a series of damaging controversies. 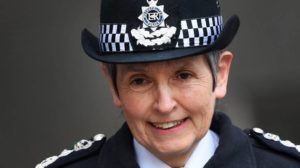 Dame Cressida said she had been left with “no choice” after London Mayor Sadiq Khan made it clear to her he had no confidence in her leadership.