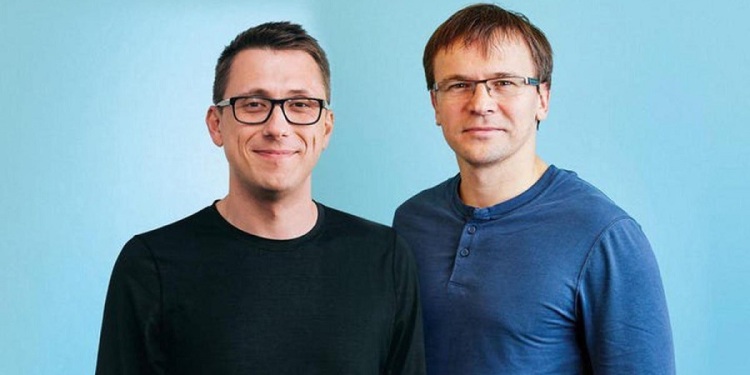 Max Lytvyn and Alex Shevchenko, two of the three founders of Grammarly, the app that automatically corrects its users’ written English and makes it error-free are now worth over $2.4 billion each.

Grammarly is already one of the world’s biggest unicorns after raising $200 million in 2021 from investors, which raised the valuation of the company to $13 billion. Before then the company got its previous funding in 2019 and was valued at over $2 billion as at then.

The app recorded a  significant increase in its userbase in 2014 when it offered a free plan with basic features and the option to pay for advanced ones. A year later, it released free browser extensions. That helped it build a loyal base of customers with about 30,000 teams at big-name companies, including Expedia Group Inc.

However, the app experienced a major breakthrough during the Covid-19 pandemic as there was a massive shift to remote working. People started relying heavily on the app to check their spelling and grammatical errors.

According to Brad Hoover, CEO of Grammarly, “We saw our business accelerate with the move to remote work, In the past, people were left to their own devices to figure out how to communicate well. We’re now at a very unique point in time to use software to enable people to communicate.”

Shevchenko and Lytvyn, the founders of Grammarly, while recounting how they got the idea for the company, stated that they met in college while they were both studying business administration at the International Christian University of Kyiv in the late 1990s.

Afterwards, they both moved to the  U.S. and Canada to pursue master’s degrees in the same field and got the idea for Grammarly from a previous company they created to help prevent plagiarism.

Being non-native English speakers, they wanted to help solve the challenges people encountered while putting out information in English. Hence, they created the app with the initial intention of helping university students.

For a company that didn’t raise money until they were eight years old in the business, they have grown significantly and are currently going into partnerships and introducing new products like their upcoming partnership for a Samsung keyboard and Grammarly for Developers.