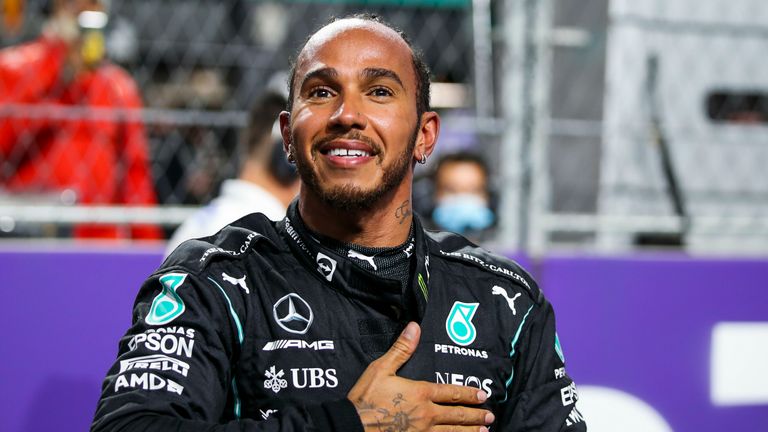 Formula 1 president and CEO Stefano Domenicali speaks exclusively to Sky Sports News’ Craig Slater; he believes the seven-time world champion is an “incredible asset” for F1 and the world and backs him to return “fully charged” for the new season.

Stefano Domenicali believes Lewis Hamilton will be “fully charged” for the start of the season.

Domenicali, who was speaking exclusively to Sky Sports News’ Craig Slater, shared his thoughts just days after Hamilton broke his near two-month silence by declaring he is “back” in a first social media post since Formula 1’s controversial Abu Dhabi GP title decider.

The Mercedes driver, who was denied a record eighth championship, had only given one short interview in parc ferme after the controversial Abu Dhabi GP title decider in December. He had made just one public appearance too, when he received his knighthood in Windsor.

On Saturday, Hamilton shared a post on social media that read: “I’ve been gone. Now I’m back.”

The post did not confirm if Hamilton, who was said to be “disillusioned” with F1 following the controversial title-deciding racer, is definitely returning to the grid this year. However, Domenicali saw the post to be a good sign leading towards the new season.

I saw the last picture was a light of positivity on his face and his gesture. I think that is important because Lewis is an incredible asset not only for our sport but for the world.

“There was a total respect on his choice to be on silent mode,” Domenicali added. “I think he will be fully charged for the start of the season.

“Lewis has in front of him a possibility to be an eight-time world champion.

“So I’m sure he is totally focused on these objectives because this year there will be so many new things, so many variables, that will allow this championship to be so attractive.”

‘We want to see more rivalries’

Domenicali also expressed his ambition for the sport and a desire for there to be a greater number of enthralling duels during a season.

“If the job will be done in the right way, I think the objective was very clear, to make sure the drivers who are a big asset for F1 will have the chance to do it because of the cars.

“My dream will be to have not only Max and Lewis fighting for that, but also having other drivers as part of the battle.”

F1’s 2022 season begins on March 20 with the Bahrain GP. Before then, there are launches of the all-new cars, and two pre-season tests – starting in Barcelona on February 23-25.

Haas were the first team to reveal images of their 2022 car ahead of their physical reveal at the first pre-season test.

Three straight days of car launches begin on Wednesday as Red Bull reveal the RB18 machine Max Verstappen will hope to retain his title in, with a virtual reveal planned on their social channels at 4pm.

On Thursday, Aston Martin will unveil their second car since returning to F1 – and you can watch that live on Sky Sports F1 as well as on Sky Sports F1’s YouTube and Facebook channels. Then, it’s the turn of McLaren on Friday on the same Sky Sports channels.