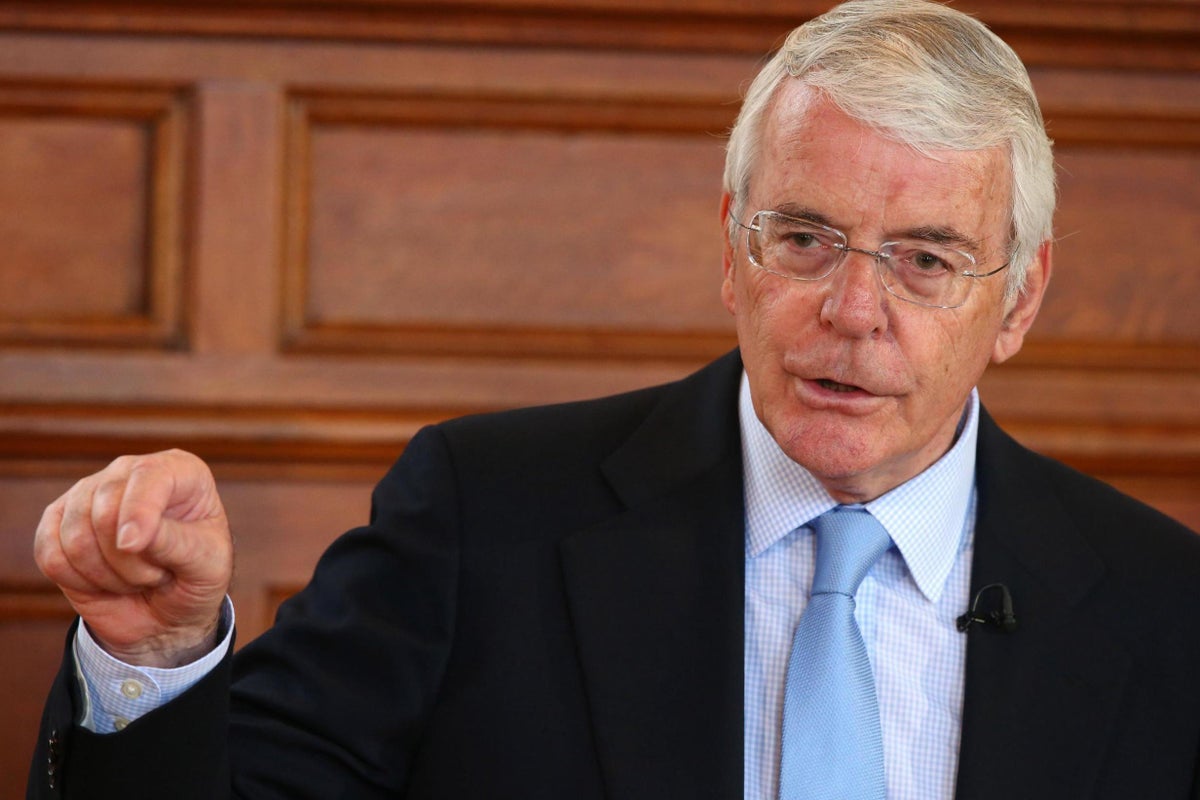 Boris Johnson broke lockdown laws, appears to believe rules do not apply to him and is creating an atmosphere of mistrust in politics that threatens the long-term democratic future of the UK, Sir John Major has said.

In a fierce and wide-ranging attack, Major said Johnson had regularly sent ministers out to “defend the indefensible”, with the truth seen as “optional”, and was badly tarnishing the UK’s reputation overseas with populist-style “megaphone diplomacy”.

The former Conservative prime minister also issued a barely veiled challenge for Tory MPs to remove Johnson, saying parliament “has a duty” to act in the face of the threats to trust and to institutions.

Making a speech in London, Major also condemned Johnson for policy proposals to limit the right to protest and to criminalise refugees and asylum seekers, calling the latter “punishment without compassion”.

Directly linking Johnson to people such as Donald Trump, Major warned that democracy was a “not a passing fancy” and could only be maintained through public trust and governments upholding common values.

“Our democracy is a fragile structure; it is not an impenetrable fortress. It can fall if no one challenges what is wrong, or does not fight for what is right,” he said.

In perhaps the most eye-catching section of his speech, Major said he believed that Johnson and his team had broken the law with lockdown parties in Downing Street, and that the response to this had left the government looking “distinctly shifty”.

“At No 10, the prime minister and officials broke lockdown laws,” Major said. “Brazen excuses were dreamed up. Day after day the public was asked to believe the unbelievable. Ministers were sent out to defend the indefensible – making themselves look gullible or foolish.

“No government can function properly if its every word is treated with suspicion … The lack of trust in the elected portion of our democracy cannot be brushed aside. Parliament has a duty to correct this. If it does not, and trust is lost at home, our politics is broken.”

Speaking during a visit to Poland, Johnson declined to discuss Major’s comments, beyond saying the idea he had damaged the UK’s global reputation was “demonstrably untrue”.

Allies of the prime minister focused mainly on personal attacks on Major. Zac Goldsmith, a friend and minister who was made a peer by Johnson, called Major “a stale old corporatist”, while Wolverhampton South West MP Stuart Anderson tweeted the former PM’s name alongside a yawning emoji.

Answering questions after the speech, Major said his criticisms also extended to those around Johnson, querying why there was no one who had told the prime minister: “We really don’t do things this way, you can’t do this.”

Major said: “If the prime minister has been given this advice and not accepted it., then I don’t understand why the people giving that advice have not resigned. And if he is not being given that advice, either by other members of the cabinet or the cabinet secretary, I think it is reasonable to ask – why not?”

While saying he was “not here to pronounce on the fate of any individual”, asked if a prime minister should resign if they have broken the law, Major replied: “That has always been the case.”

In another striking section of the speech, Major, who was the prime minister from 1990 to 1997, said Johnson appeared to have contempt for ministerial standards, noting examples such as the PM’s decision to reject a report about the conduct of the home secretary, Priti Patel, and his botched attempt to save Owen Paterson from punishment for illicit lobbying.

“It may be possible to find excuses for each of these lapses – and others – but all of them, taken together, tell a different tale,” Major said. “The prime minister and our present government not only challenge the law, but also seem to believe that they – and they alone – need not obey the rules, traditions, conventions – call them what you will – of public life.

“The charge that there is one law for the government, and one for everyone else is politically deadly, and it has struck home.”

Such actions had a long-term and corrosive effect, Major said, repeatedly citing the need for openness and honesty.

“Where governments fall short, candour is the best means of binding up support,” he said.

“But that candour must be freely offered – not dragged out under the searchlight of inquiries. If it is not whole-hearted and convincing, the loss of public trust can be swift and unforgiving.

“We have seen that playing out in recent weeks. Trust in politics is at a low ebb, eroded by foolish behaviour, leaving a sense of unease about how our politics is being conducted. Too often, ministers have been evasive, and the truth has been optional.

“When ministers respond to legitimate questions with pre-prepared soundbites, or half-truths, or misdirection, or wild exaggeration, then respect for government and politics dies a little more.

“Misleading replies to questions invite disillusion. Outright lies breed contempt. In our democracy, we are able to speak truth to power. But, if democracy is to be respected, power must also speak truth to the people. And yet, in recent years, they have not been doing so.”

In other criticisms, Major condemned what he called the government’s populist-style “megaphone diplomacy” and lack of honesty.