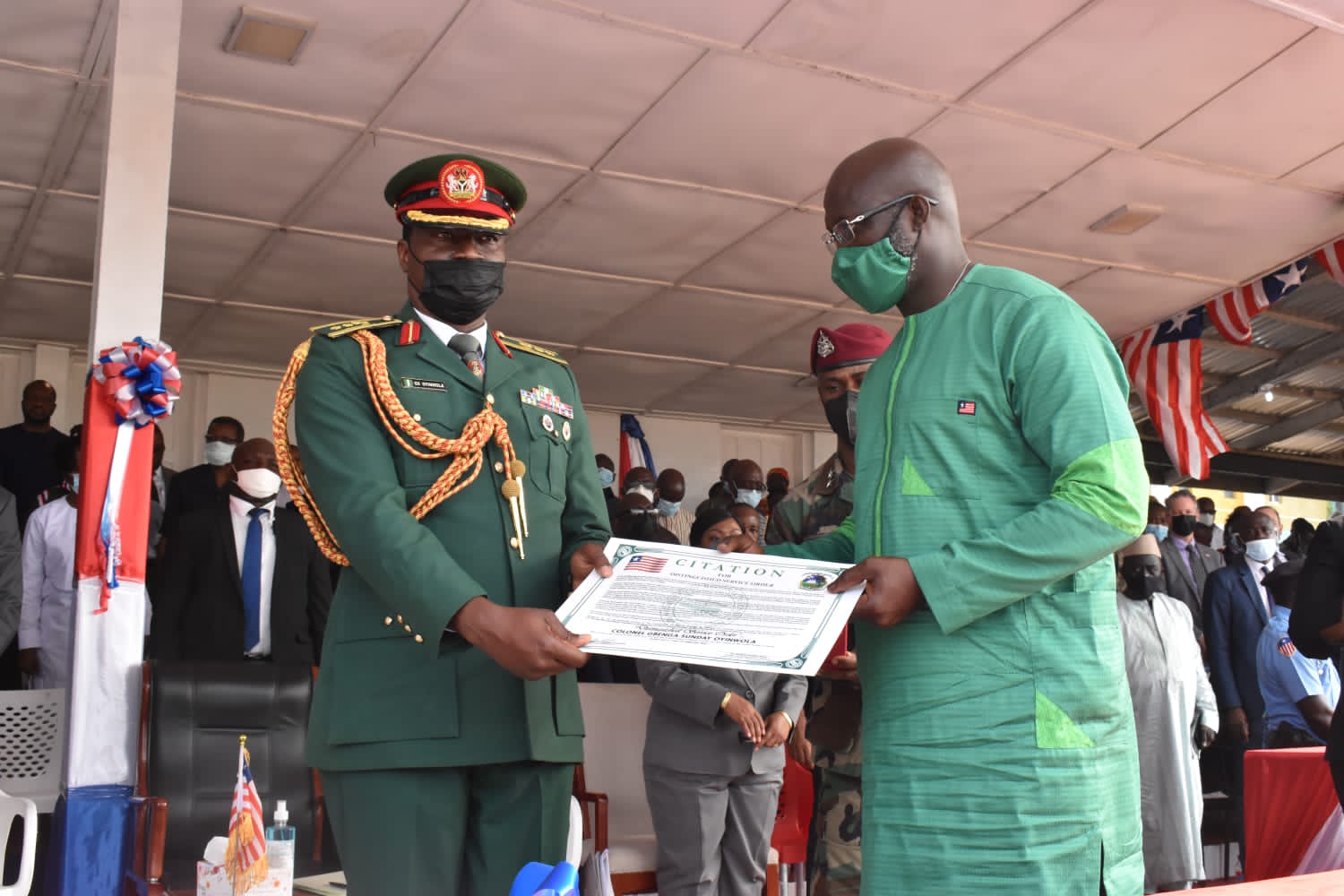 The President of the Republic of Liberia, Dr George Manneh Weah has conferred the award of “Distinguished Service Order of the Republic of Liberia” on some senior officers of the Nigerian Army(NA) in recognition of their outstanding contribution to the growth and development of the Armed Forces of Liberia (AFL). He made the presentation during the 65th Armed Forces of Liberia Day Celebration held on Friday, 11 February 2022 at the Barclay Training Centre, Camp Johnson Road, Monrovia, Liberia.

The awardees also got a letter of commendation from the Nigerian Ambassador to the Republic of Liberia, Ambassador Godfrey Anichebe Odudigbo for making Nigeria proud.

Receiving the awards and letters of commendation on behalf of the recipients, Colonel Gbenga Sunday Oyinwola expressed gratitude to the President, Commander-In-Chief of the Armed Forces of Nigeria, Muhammadu Buhari and the Chief of Army Staff, Lt Gen Faruk Yahaya for the opportunity to have served Nigeria in their various capacities. He stated further that the award will motivate the recipients to be more productive in their service to the NA and the Nigerian nation.

The award was conferred on the senior officers, who were seconded to the Armed Forces of Liberia (AFL) at different times, as part of ECOWAS Advisory Training Team. They contributed immensely to the building and restructuring of the new AFL.

The officers who benefitted from the awards are, Colonels Aminu Usman Gumel, Gbenga Sunday Oyinwola, Emmanuel Chukwu, Ismaila Sule and Lieutenant Colonel Abdulkadir Abubakar. Other awardees were drawn from Ghana, Sierra Leone, Liberia and the USA.