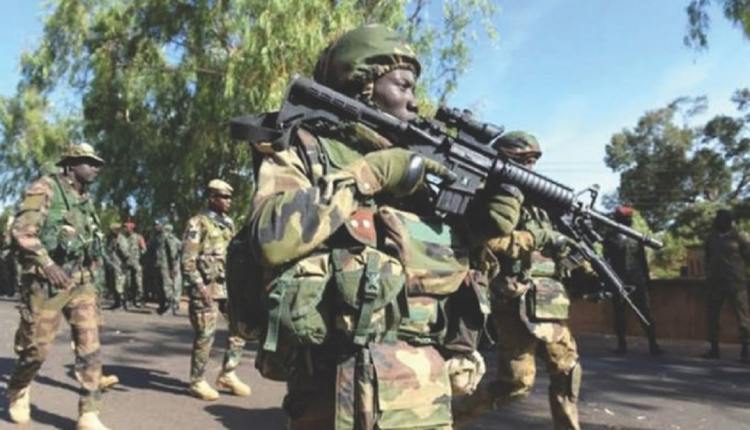 Troops of Operation Thunder Strike, a formation of the Nigerian Air Force, have intercepted and killed at least 20 bandits who were advancing towards the Nigerian Defence Academy (NDA), Kaduna.

A report by PR Nigeria revealed that the bandits, riding on over 50 motorcycles, were seen on Thursday evening, pushing towards the military institution.

The development came few months after a group of bandits successfully attacked the academy.

In that attack, aside from the officers killed and kidnapped, some others suffered gunshot injuries.

Tip off
According to the report on Thursday’s foiled attack, the bandits were intercepted following a tip-off on their movement through the military school’s general areas.

The Nigerian Air Force helicopter gunships were said to have been dispatched to engage the criminals, who had taken off from Damari village in Birnin Gwari Local Government Area of Kaduna State.

The bandits were sighted in makeshift tents and motorcycles numbering about 50.

“On sighting the aircraft, the bandits started fleeing into the fringes of the forest. This brought about an objective and very decisive rain of hell from above on the miscreants as surviving bandits seen to be scampering for safety from the superior air presence were effectively mopped up.

“Moreso as it is customary, feedback received on Friday after the operation from both the ground forces and local sources, revealed that the bandits were effectively disoriented and suffered a loss of about 20 bandits.

“Also, their plans of harassing and shaming the Nigerian Defence Academy and the Government of the day was effectively thwarted,” he said.

Air Force spokesperson, Edward Gabkwet, did not respond to calls and SMS seeking confirmation of the incident.

Troubled Kaduna
The attempted attack on the military facility came amidst heightened insecurity in the North-west zone, with Kaduna State as epicentre.

Hundreds of students have been kidnapped in various schools across Kaduna in the past months as the state governor, Nasir El-Rufai, stood his ground on his no-ransom-payment policy.

Recently, there were intelligence reports that Boko Haram flags were sighted at the Afaka Forest close to NDA and Kaduna Airport.

The Afaka campus of NDA was officially opened in February 2007.

The old site in Angwan Kanawa in Kaduna town is now for postgraduate and short service cadets.