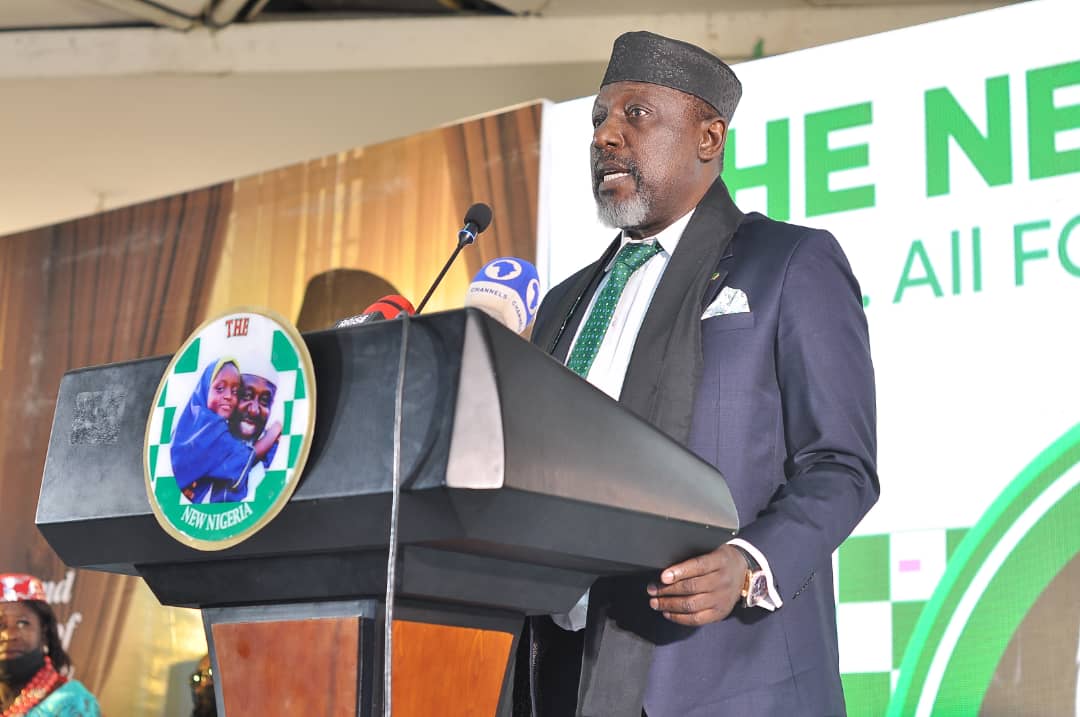 Buses announcing the presidential ambition of Sen. Rochas Okorocha, Senator representing Imo West in the 2023 general election have been sighted in the streets of London.

The luxurious buses bore the inscription, “Rochas for 2023 Nigeria Presidency” boldly written on their body.

The Imo former Governor had on Monday, January 31 declared his intention to succeed President Muhammadu Buhari upon the expiration of the later’s tenure in office.

Declaring with the campaign slogan, ‘The New Nigeria’ the lawmaker while appreciating President Muhammadu Buhari’s legacy promised to surpassed his achievements in poverty alleviation, economic management and national integration.

Okorocha while stating that he has at previous occasions indicated interest to run for the office of the President said he is more ready and prepared to lead the country now.

His humanitarian organisation, Rochas Foundation runs one of the biggest charity networksin Africa which has its presence in virtually all parts of Nigeria.

The organisation is believed to have over 25,000 children from across the Continent who are on its free education at various levels of education, including University level.

Sen. Okorocha commands a national acceptance especially in the North where he grew up and established his automobile company.

Advertisement
READ ALSO:   I was arrested for fraud in U.S., but APC can't disqualify me - Dapo Abiodun

This according to him was the first business he did before venturing into estate management where he made lots of money.

The presidential hopeful therefore called on the nation’s anti-graft agency, EFCC to stop harassing and Intimidating him over what he called trumped up corruption allegation, stating that he was not poor before joining politics.
Video: