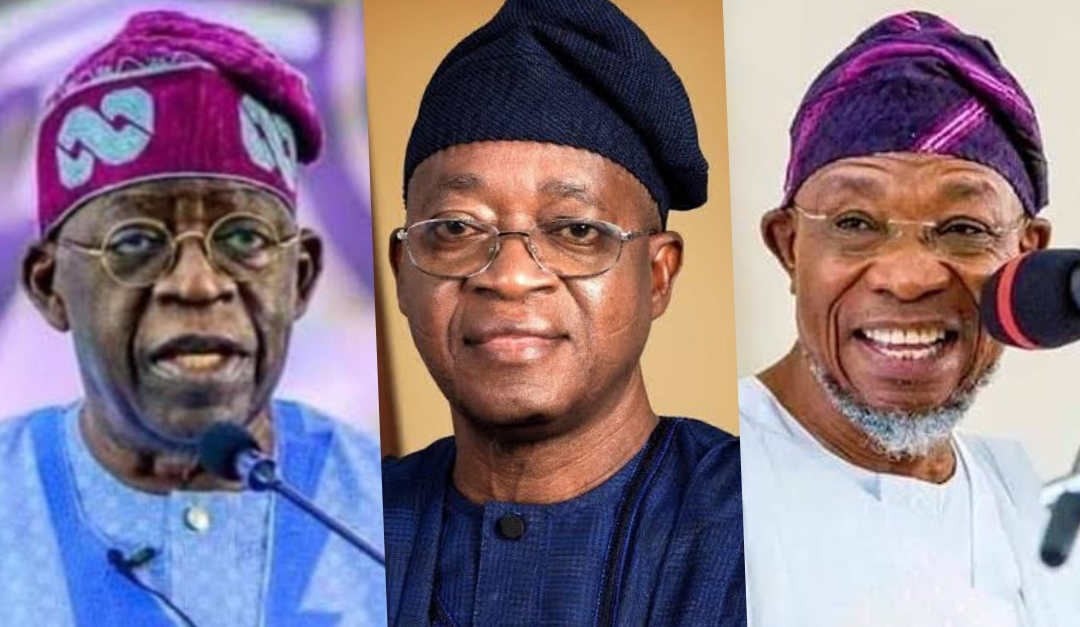 According to the ex-Osun governor, Mr Tinubu orchestrated former Governor Akinwunmi Ambode’s failure to seek reelection, with the party against his second-term bid.

“That was how it was sometime in Lagos when a governor rejected by the party wanted to contest a second term. The party refused. It is the same today, and familiarity will not stop that from happening,” Mr Aregbesola said to a group of party faithful in Ijebu-Jesha ahead of the party’s primaries slated for Saturday ahead of the July 16 governorship election.

Mr Oyetola enjoys the support of Mr Tinubu, amid Mr Aregbesola’s faction of the APC in Osun is kicking against Mr Oyetola’s candidacy.

The governor’s camp has not responded to statements by his predecessor. But on Monday, the commissioner for information and civic orientation Funke Egbemode described the convoy of Mr Aregbesola as an invasion of Osogbo, to forcibly continue “a long lost influence.”

“We have credible reports that some misguided cowards have invaded Osogbo, the Osun state capital, with armed thugs to foment trouble. These miscreants and their kingpin started shooting as they raced through the town,” claimed Ms Egbemode. “Their interest is simply to attempt to thwart the peace of the state and create fear in the minds of the good people of Osun counting on a long-lost influence.”

Mr Oyetola’s government had warned that there “are no sacred cows” and “no one is above the law here regardless of their past glories or future aspirations.”

Ms Egbemode warned that security agencies had been “well briefed about the activities of these mischief-makers, who have set themselves on a collision course with the law.”

The civil defence claimed that unknown hoodlums attacked the convoy of the ex-governor at about 6:40 p.m. around the Old Garage area in Osogbo.