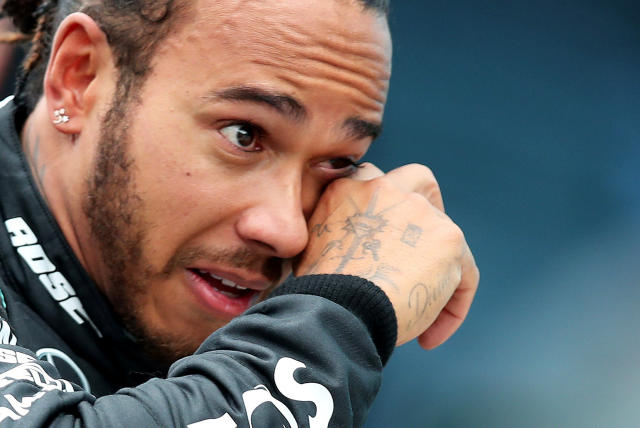 LEWIS HAMILTON‘S future in the sport has been speculated after his 2021 heartbreak.

FIA president Mohammed Ben Sulayem has dropped a significant hint that Lewis Hamilton‘s future lies in Formula 1 after a crunch meeting on Monday. Hamilton was at the core of retirement speculation following the 2021 season’s controversial conclusion, but he will return to the track in pre-season testing next week.

Mercedes and Red Bull bosses Toto Wolff and Christian Horner recently came together in London for the annual F1 Commission meeting at the FIA’s HQ.

Discussions took place ahead of the 2022 campaign, with December’s explosive Abu Dhabi Grand Prix a key topic on the agenda.

Mercedes immediately launched two protests over the result – both rejected – before the Silver Arrows agreed to withdraw a third in agreeance that the FIA would investigate the race and consider Masi’s position.

After Monday’s meeting, Ben Sulayem confirmed that talks with those present went well and pointed towards positive changes in the future.

He said: “We agreed on certain things, and the analysis is still going on. But it will come soon – it was a good discussion there. So we will see.

“Information will be announced, but definitely, as I said, the integrity of the FIA will always be intact. I am elected to do that but also have fair motorsport, as that’s my duty.

“So it was a very good meeting. We can only go forward. This is important for the FIA, for the integrity of the FIA and for the sport. So we can only improve the future.”

The F1 Commission ran for four hours and was chaired by Ben Sulayem, with representatives from the FIA, F1 and relative teams at the table.

The newly-elected president has promised ‘structural changes’ and that an ‘action plan’ will be published in the near future.

His comments don’t bode well for Masi, whose position as race director is in doubt following the backlash of his decisions in Abu Dhabi.

According to Sky Sports, the Australian could inherit a different FIA safety role, with his current position shared between two new individuals with improved support.

It’s no secret that Hamilton and Mercedes were pressuring the FIA to make a change as they felt Masi had somewhat robbed the Brit of a record-breaking eighth world title.

And judging by Ben Sulayem’s optimism following the meeting, it would appear an outcome benefitting all parties has been agreed.

Next week, Hamilton will return to the Mercedes car for the first of two three-day pre-season testing sessions in Barcelona and Bahrain.