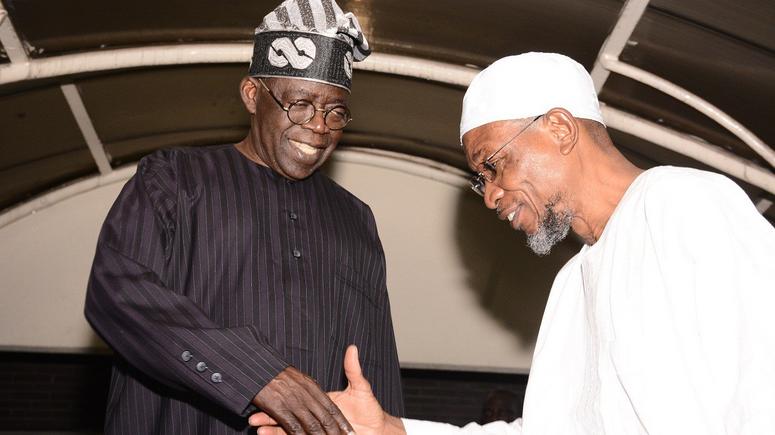 Reno Omokri, a former Presidential aide, has called on the Minister of Interior, Rauf Aregbesola, to expose the secret behind the National Leader of the All Progressives Congress, APC, Bola Tinubu’s wealth.

Omokri was reacting to the result of the APC primary election for the forthcoming gubernatorial poll in Osun State, where Aregbesola’s candidate, Moshood Adeoti, lost his (Aregbesola) ward to Governor Gboyega Oyetola, his political rival.

According to Omokri, a socio-political activist, if the minister fails to take action by crippling the political ambition of Tinubu, the former Lagos State Governor and Oyetola may frustrate him after President Muhammadu Buhari’s tenure.

In a post on his official Facebook page, Omokri urged Buhari’s Minister to expose the real age and other secrets Tinubu, a 2023 presidential candidate, may have been keeping from Nigerians.

He said, “See how you have been disgraced by Tinubu and Oyetola in Osun. Now is the time for you to expose your godfather, Tinubu. Tell the world his real name, his genuine age, and the secret behind his stupendous wealth. You know those secrets. Now, spill the beans! Because if you remain silent now, Oyetola and Tinubu will only grow politically stronger.

“And when Buhari goes in 2023, you will be naked with nobody to protect you. Imagine how miserable your life will be with Tinubu in Aso Rock and Oyetola in Osogbo.

“They both know many secrets (remember the Opon Imo contracts and the allegations against your son, Kabiru). They will have the Police, the EFCC, and the ICPC at their beck and call. Even if you run to London, you may receive the Ibori treatment.

“You see what I am doing to Buhari as #BuhariTormentor? Multiply that by a factor of ten. That is what they will do to you. So, better talk now, or be silenced after 2023.”