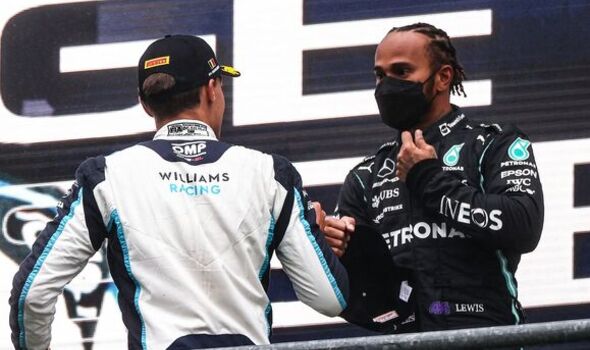 LEWIS HAMILTON will be joined by George Russell at Mercedes next season after five years alongside Valtteri Bottas.

Lewis Hamilton plans to use his past experience with Mercedes team-mates to ensure he forms a good relationship with new partner George Russell. The duo will form an intriguing all-British line-up when they take to the track in Bahrain on the weekend of March 18-20, with Russell stepping up from Williams to replace Valtteri Bottas. 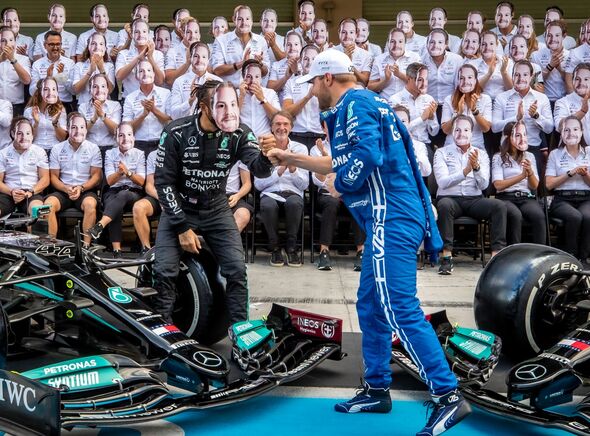 Hamilton, 37, enjoyed a harmonious relationship with the Finn, with the pair winning five successive Constructors’ titles together since Bottas joined in 2017.

Prior to that however, the British driver had an infamously tempestuous four-year period alongside Nico Rosberg, with the pair battling it out for the title in the 2014, 2015, and 2016 campaigns.

It was Hamilton who won the first of those contests, albeit in the final race of the season, and then successfully defended his title the following year.

The animosity between the two was again obvious in 2016, and this time it was Rosberg who prevailed before the German surprisingly retired from the sport, paving the way for Bottas to join from Williams.

Hamilton also famously feuded with Fernando Alonso during his rookie year at McLaren in 2007, but speaking to Sky Sports, he said he was ‘excited’ to team-up with the ambitious Russell, 24.

“Of course, he’s had an amazing run getting to Formula 1 and he was already a part of our team so I’ve seen him around engineering, in the simulator and obviously at Williams,” he said.

“So he fits in and fits the position like a glove and so far it’s great.

“I honestly think I’ve learned a lot over the years of how to engage with your team-mate, how you work with a team to help them achieve the ultimate goal.

“I’m excited to engage with him, to collaborate with him. Hopefully our driving styles aren’t too dissimilar.”

Russell is yet to win a Grand Prix but frequently impressed in qualifying last season, which led to him being dubbed ‘Mr Saturday’ by pundits and fellow drivers.

His 2021 highlight undoubtedly came at the rain affected Belgian Grand Prix, where he qualified second – only denied pole at the death by Max Verstappen.

With only two safety car led laps possible the following day, Russell duly secured a first ever career podium, although he was unable to make the top three again in the remainder of the campaign.

His experience, and modest career success, is obviously dwarfed by that of Hamilton’s, but the seven-time world champion has backed Russell to handle the situation.

“I know the pressures that come with it, the expectations and the internal feelings of what that’s like,” he continued.