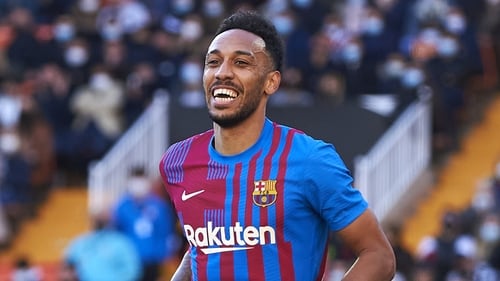 Barcelona striker, Pierre Emerick-Aubameyang, has revealed that he gave up his £350,000-a-week salary at Arsenal to move to Spain.

The 32-year-old was banished by Gunners boss Mikel Arteta and stripped of the captaincy after returning late from a personal trip abroad in December.

In the January window, he left the Emirates by mutual consent before joining Barca in a dramatic deadline day move.

Aubameyang, speaking with Mundo Deportivo, claimed it was his “dream” to join Barcelona and he knew the transfer might happen a week before it went through.

He said: “My father did it all with my lawyer and they can say it best.

“I really wanted to go to Barca. I gave up my salary because it is an opportunity that you have once in your life.

“It was something incredible (his ovation at the Nou Camp). It is a dream to play on a field like this and receive this ovation. I was very pleased and happy. The truth is that it was incredible.”