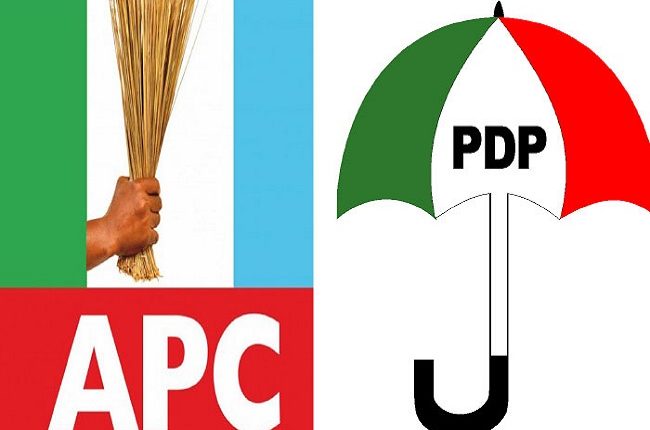 The continuing inability by the All Progressives Congress (APC), a party in government, to conduct a routine National Convention has further explained why all sectors of our national life have been in shambolic state under the incompetent, corrupt, rudderless and overtly confused APC administration.

APC’s postponement of its National Convention yet again validates PDP’s stance that the APC is not a political party but a Special Purpose Vehicle (SPV) of strange bed fellows, “political buccaneers” and ferocious power mongers on a mission to wreck our nation.

The PDP states that the APC which cannot conduct its own internal affairs could not be expected to successfully manage the affairs of a nation like Nigeria. The APC is a perfect example of failure both as a party and government unable to conduct a simple National Convention in two years. It has become a Russian Roulette with unending request for extension of time to undertake a routine statutory political activity.

Our Party is not surprised that the APC, a party of backstabbers, again postponed its National Convention already scheduled for February 26, 2022. It is rather saddening how a set of confused, greedy, deceitful, hard-heartened and self-centered individuals who cannot run a creditable organization foisted themselves in power and plunged our nation into the economic, security and social mess that we face today.

As a vacuous political contraption without a soul, peopled by “political warlords” without conscience and operating without rules, the APC is a bunch of inchoate sailors clobbered together for remote personal gain; operating without a Board of Trustees (BoT) and a National Working Committee (NWC); exists in violation of rules while constituting itself to a threat to our national unity and corporate existence as a nation.

APC’s postponement of its National Conventions had always been a fallout of the horrible infighting, backbiting and gang war by “political bandits” who are desperate for power and access to our national treasury. That explains why their congresses and other activities are always marred by violence, bloodletting and killings.

Moreover, the APC is not capable of holding a National Convention having become defunct since December 8, 2020 when it dissolved all its states, zonal and national party structures and set up an illegal contrivance called the Caretaker Extraordinary Convention Planning Committee led by Governor Mai Mala Buni of Yobe State.

Of course, the activities of the Mai Mala Buni Committee remain invalid and unconstitutional by virtue of Section 183 of the Constitution of the Federal Republic of Nigeria 1999 (as amended) which bars a sitting governor from holding “any other executive office” in any capacity whatsoever while serving as a state governor.

The failure of the APC to hold a National Convention is therefore a clear warning to those aspiring for various positions in the 2023 election on its platform to note that with the APC, they are on a journey to nowhere. The only way the APC can legitimately participate in the 2023 general is to re-apply to the Independent National Electoral Commission (INEC) for fresh registration as a political party.

In any case, Nigerians are hopeful for a better future because the PDP is back and repositioned to Rescue and Rebuild our nation from the stranglehold of the APC in 2023.

Nigerians are yearning for the return of good governance with the PDP so that they can again be secure, enjoy economic prosperity, infrastructural development, employment, food security and national cohesion which they experienced in the 16 years of the PDP in power.