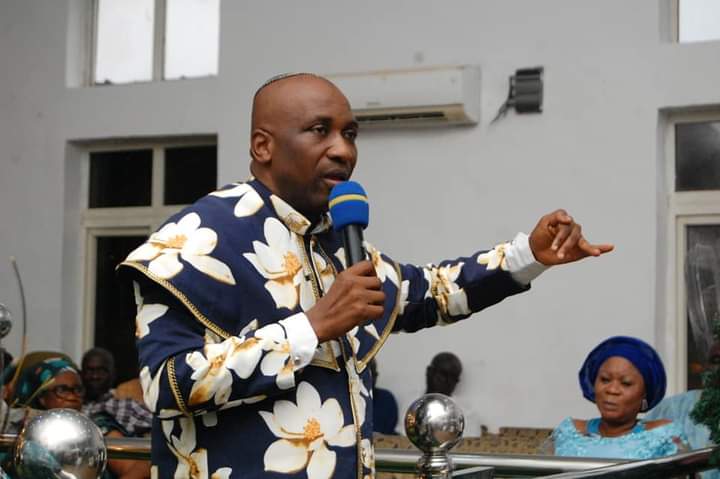 The Leader Of INRI Evangelical Spiritual Church, Primate Elijah Ayodele, on Tuesday, spoke about the crisis between Russia and Ukraine which has been on for some months.

Primate Ayodele warned the President of the United States, Joe Biden and the Russian President, Vladimir Putin, that he sees the crisis escalating beyond necessary and causing destruction in other countries.

He revealed that though it will not lead to third world war, the destruction will be too much to bear if both leaders don’t cease fire and put an end to the crisis.

In a statement by his spokesman, Oluwatosin Osho, Ayodele called on international communities to immediately intervene for the sake of humanity.

He said: ‘’International communities should handle the crisis between Ukraine and Russia now, otherwise it will escalate beyond necessary. I advise Joe Biden and Putin to cease fire, this crisis will escalate to something more disastrous, it will cause destruction, though it will not lead to third world war, but I see destruction that will affect other countries.’’

It would be recalled that Primate Ayodele had foreseen the crisis between Ukraine and Russia before it happened.