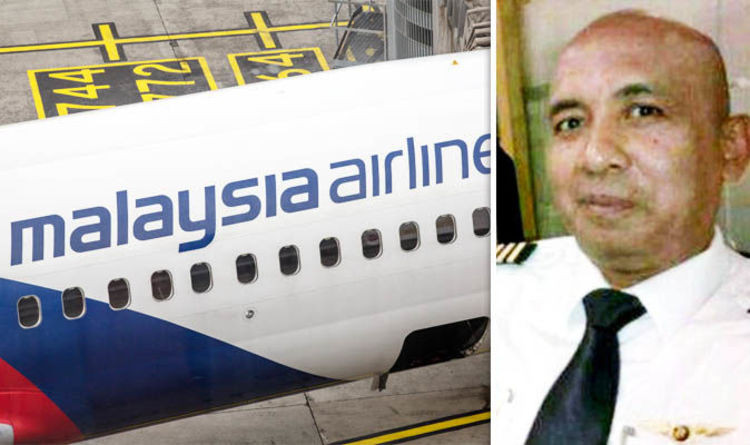 During the Sky News documentary MH370: The Final Search which aired on Tuesday night, top aviation safety investigator and retired pilot, John Cox said the loss of MH370 was no accident.

The Malaysia Airlines flight was carrying 239 passengers and crew when it went missing above the Indian ocean.

The baffling loss of the plane prompted search efforts and speculation when it went missing in 2014.

Cox believes that the evidence doesn’t stack up with existing theories.

He told Sky the plane’s twisting route leaves no doubt the flight had been commandeered by one of the captains.

‘I think the evidence is pretty overwhelming that the aeroplane could not have flown the route it did with all the respective turns without that being a commandeered manoeuvre.’ Cox told News Corp Australia.

He added that the route had to have been flown by someone with expert knowledge and ability, leading him to suspect the pilot and First Officer were responsible for the flight’s path.

Cox said the pilot, Shah, was the only one aboard with the knowledge and experience to disable MH370’s datalink system.

For that reason Cox doesn’t think the co-pilot, First Officer Fariq Abdul Hamid had a role in the disappearance.

However, due to the levels of certainty required in the Malay air crash probe, Cox said his theory is likely never going to be proven.

Also featuring in the documentary, Canadian aviation crash investigator Larry Vance said that the events leading up to the Malaysian Airlines flight crash were quite simple.

‘MH370 was a criminal act, the aircraft was intentionally ditched, exactly as I described in my book (MH370: Mystery Solved), of this I have no doubt,’ he told News Corp.

An Australian widow whose husband disappeared on ill-fated MH370 believes the plane was deliberately crashed into the ocean.

Danica Weeks spent years insisting the Malaysian Airlines flight, which vanished on March 8, 2014, crashed due to a mechanical failure.  Her then-husband Paul was one of 239 people on board the flight from Kuala Lumpur to Beijing, which lost contact with operators shortly after take off and has never been found.

But after a new expert analysis of satellite data by British aerospace engineer Richard Godfrey found the plane likely crashed in the Indian Ocean, west of Australia, the mother-of-two now believes the crash was an act of murder.

‘I was so staunch about saying it wasn’t the pilot,’ she told Sky News. ‘But now I have to throw all of that out after nearly eight years (since the disappearance) and three years of searching (for the plane, by the authorities).