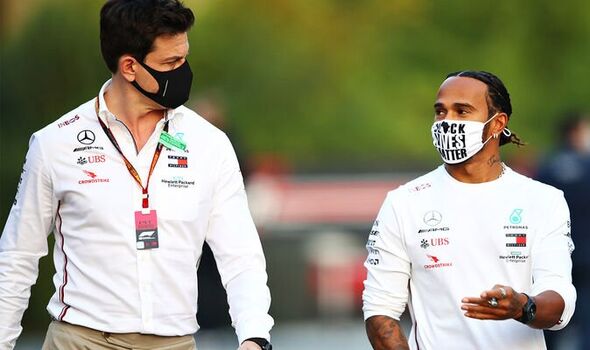 TOTO WOLFF once warned Lewis Hamilton and Nico Rosberg about their places within Mercedes’ racing outfit at the start of the pair rivalry.

Testing for the 2022 F1 season has arrived, with teams trying out their latest cars on the Circuit de Catalunya in Barcelona. F1’s biggest-ever rules overhaul has seen the cars transformed for this year — as the sport bids to improve wheel-to-wheel racing and overtaking. After a difficult pre-season, Lewis Hamilton is back in his driving seat with Mercedes. He has a new teammate, George Russell, who has stepped up having previously driven for Williams.

Hamilton will be hoping that he and Russell have a better relationship than with Nico Rosberg, who retired in 2016.

The German had a tense rivalry with his British counterpart, and Mercedes Team Principal Toto Wolff once revealed that he had to send a warning to both of them about it, including the threat of forcing a driver to miss races.

Last April, Wolff told the High Performance Podcast: “It was very difficult because I came into the team as a newcomer in Formula 1, and Nico and Lewis had been in the sport for much longer.

“But still, I was able to create an environment where they had to respect the team.

“The events of 2014, where I felt there was some selfish behaviour, I said that the next time you come close to the other car, your team mate, you think about the Mercedes brand, you think about single individuals in the team, you think about Dieter Zetsche, the CEO of Mercedes.

“That’s probably going to change the way you act; you’re not going to put your teammate in the wall.

“And I always made it clear that if this were to happen regularly, and I would see a pattern, then I have no fear in making somebody miss races.

“The thing the drivers want the most is to compete in a car and you always need to be very clear that you compete in the car if you understand the team game.

Hamilton and Rosberg’s rivalry at Mercedes lasted for years, and produced dramatic moments.

In Malaysia in 2013, Rosberg was given a strict team order to stay behind Hamilton, something the German was not happy with.

Then in 2014, there was the wheel-to-wheel fight in Bahrain, where it later transpired Rosberg had defied team orders in order to stay ahead of Hamilton.

In 2015, things continued to escalate when Hamilton won the title early in the US Grand Prix – Rosberg famously threw his baseball cap in his direction while sat in the warm down room.

The following year, things got even worse, most notably at the Spanish Grand Prix, when the two crashed into each other on the first lap.

In the season finale in Abu Dhabi that year, Hamilton controversially slowed Rosberg to boost his own chances of winning the title.

Russell has been warned by his Mercedes predecessor that he has “no chance” of beating Hamilton.

Valtteri Bottas has left Mercedes to join Alfa Romeo, and warned that Hamilton is just too quick, telling The Sun: “I don’t see anyone else beating Lewis in the near future in the same machinery. 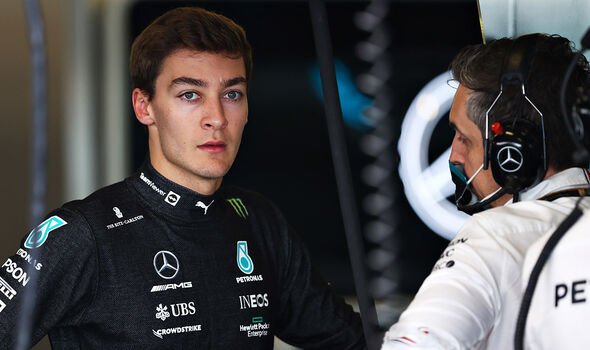 “George will adjust well because he has been with Mercedes for some years.

“But beating Lewis is not easy. I have experienced that. It is his consistency in his performances.”

He continued: ”Every driver has form that is a little bit up and down, but his baseline for performance is just so high.

“Even when he has a bad day it is not too bad. It is his consistency over the season.

“Another of his key strengths is his ability to adapt to different conditions, the skill to react to changes, be it set-up or whatever.

“This and his race-craft. His tyre management is a special skill and all these things are combined with talent, and he puts in the work, which not many people see, so he is hard to beat.

“I can be proud that on my day, I’ve been able to beat him. But not consistently enough to beat him over a season.”