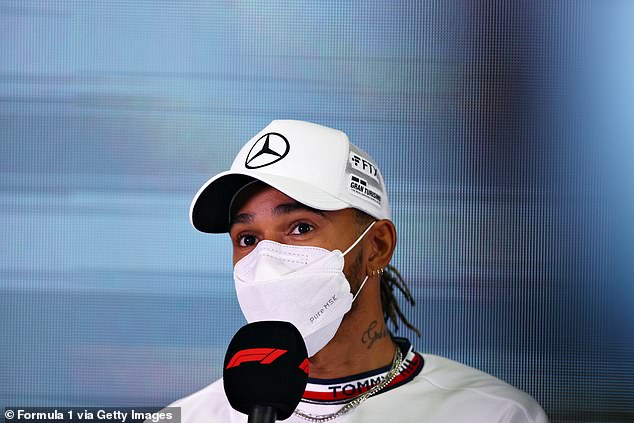 Lewis Hamilton has full faith Mercedes can deliver him a car ready to challenge for a record eighth world championship after he controversially missed out last season.

‘Every year is exciting but this one is completely brand new,’ the Briton said.

‘I have seen designs of our car obviously but this is the first time you get to see the other teams out there on track. 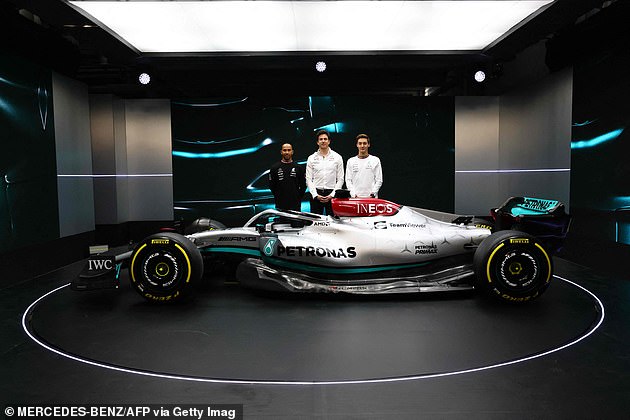 You want to see a close eye and see why others have taken a different route. You have no idea where you stand so it is definitely exciting.’

The sport has undergone the biggest overhaul of its regulations in a generation, and Hamilton was among the interested spectators outside rival Max Verstappen’s Red Bull garage when the running started at 9am.

‘I do hope that these rules deliver in terms of closer racing,’ the seven-time champion said. ‘It puts everybody on a closer playing field.’

Asked if he felt Mercedes might not be able to provide him with a car to challenge for the championship, Hamilton said: ‘Why would I ever feel that way? My team don’t make mistakes.

‘Of course that is a risk (with the new regulations) but I trust the team. Whether it is good or bad we will work through it.’

Ferrari’s Charles Leclerc finished ahead of British driver Lando Norris on the opening morning in Barcelona.

Despite the technical rule-book rewrite, to some surprise, the majority of teams were able to deliver a number of trouble-free laps. Indeed, there was not one red flag in four hours of running.

Leclerc led the way for Ferrari – three tenths clear of McLaren’s Norris – with fellow Briton George Russell third in his first morning as a Mercedes driver.

Verstappen, who took last year’s title following the most contentious final lap in F1 history, was only sixth, 2.1 seconds slower than Leclerc.

However, times in testing have to be treated with caution with the teams operating different strategies and Verstappen completed 80 laps – more than any other driver. 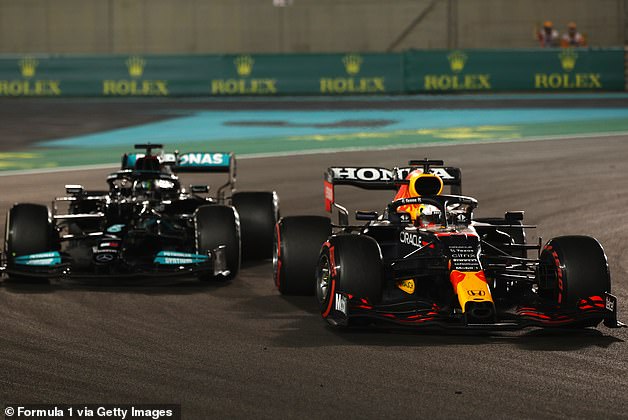 Hamilton will take over from new team-mate Russell after the lunch break as the 37-year-old is entering his 16th campaign as an F1 driver.

While the grid’s major players clocked up the all-important mileage, there was trouble for Alfa Romeo and Haas.

The first test runs until Friday, with three further days in Bahrain next month ahead of the season-opening round in the Gulf Kingdom on March 20.