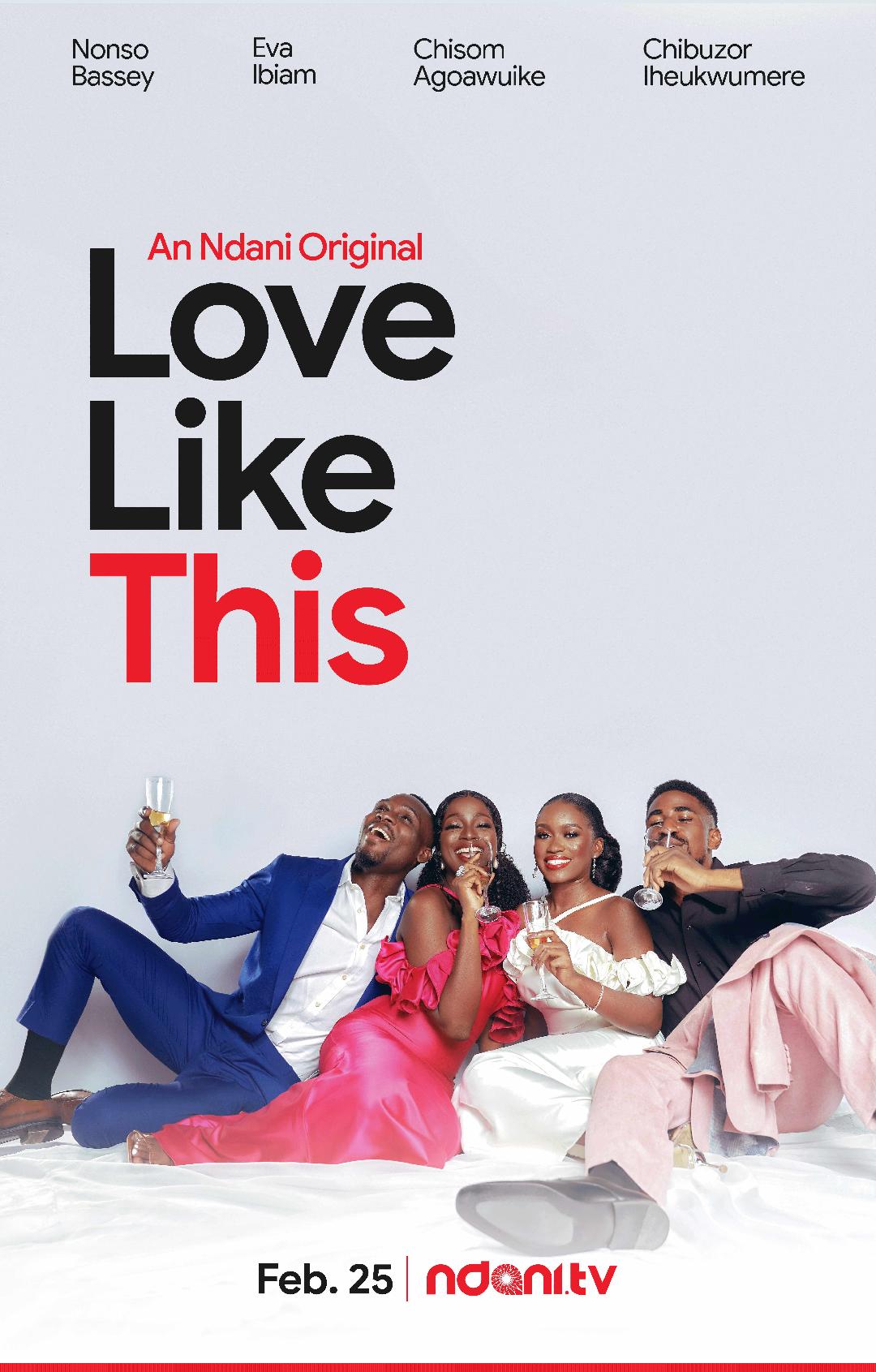 After weeks of teasing fans on social media, NdaniTVis set to release a brand-new web series titled, Love Like This. Posters and a preview of the series can be seenon the production company’s Instagram page @NdaniTV.

Love Like This is a romantic drama series that follows the lives of several young middleclass Nigerians who find themselves making lots of mistakes in the quest to find love. The web series features Nonso Bassey, ChisomAgoawuike, Okey Jude, Chibuzor Iheukwumere, Eva Ibiam, Jay Charles Ujomu, Jennifer Eliogu, and a host of other talented actors.

Love Like This was directed by Adeola Osunkojo and is set to premiere on NdaniTV’s YouTube channel on February 25, 2022.

READ ALSO:   Jupiter, Saturn To Appear Side By Side For First Time In 800 Years Monday Night

NdaniTV is Africa’s premiere platform for original web series and is home to some of the most popular series including Gidi Up, Rumour Has It, Skinny Girl In Transit, Officer Titus, and more.

With over 441,000 subscribers on YouTube and more than 109 million minutes in watch time, NdaniTV is one of the fastest growing platforms for original contentout of Nigeria for Africans.