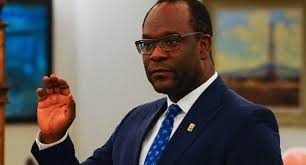 Former Labour and Immigration Minister Tyler Shandro has become the Minister of Justice and Solicitor General. Madu will take over Shandro’s old portfolio after being stripped of his duties last month.

Minister of Energy Sonya Savage will discontinue her position as acting Justice Minister.

This comes after Kenney stripped Madu of his duties on Jan. 17 after CBC News broke the story that Madu was fined for distracted driving and called Edmonton police chief Dale McFee to discuss the ticket.

It also comes after the Law Society of Alberta launched an investigation into Shandro’s conduct when he was Minister of Health.

Both ministers were under investigation

The move comes after an independent review into the phone call was released on Friday. The review, conducted by former Court of Queen’s Bench Justice Adèle Kent, found that while Madu did not interfere with the administration of justice, he did attempt to do so.

The report also concluded that the phone call created a reasonable perception that he did.

According to a copy of the report obtained by Global News, Madu was pulled over by a constable in an unmarked vehicle near the Constable Daniel Woodall School in Edmonton. The constable, who is unnamed in the report, allegedly saw a cellphone in Madu’s hand which prompted him to pull Madu over and issue a distracted driving ticket. Madu denied the allegations, saying the phone was in his pocket and that he was opening the console of his truck.

Madu then identified himself as the province’s minister of justice to the constable and said he would never do anything to break the law. According to the report, Madu said he was the justice minister three or four times throughout his conversation with the constable.

Madu called Edmonton police chief Dale McFee to discuss the ticket shortly after.
McFee told Kent that Madu sounded “concerned” and “frustrated” and that the politician raised the possibility that there was racial profiling in relation to the ticket while referencing an incident with the Lethbridge police force involving MLA Shannon Phillips.

McFee responded by saying that he was not going to talk about the ticket and Madu had two choices: pay or go to court. Madu never asked McFee to do anything with the ticket, according to the report.

“There is nothing about the stop that could lead a reasonable person to conclude that Minister Madu was racially profiled. It was an ordinary day of a police officer doing his work in a school zone,” Kent wrote in the report.

“The allegations of what went on in Lethbridge are disturbing. However, to take from those facts the possibility that police in other police forces in Alberta are doing the same kind of thing is highly speculative.”