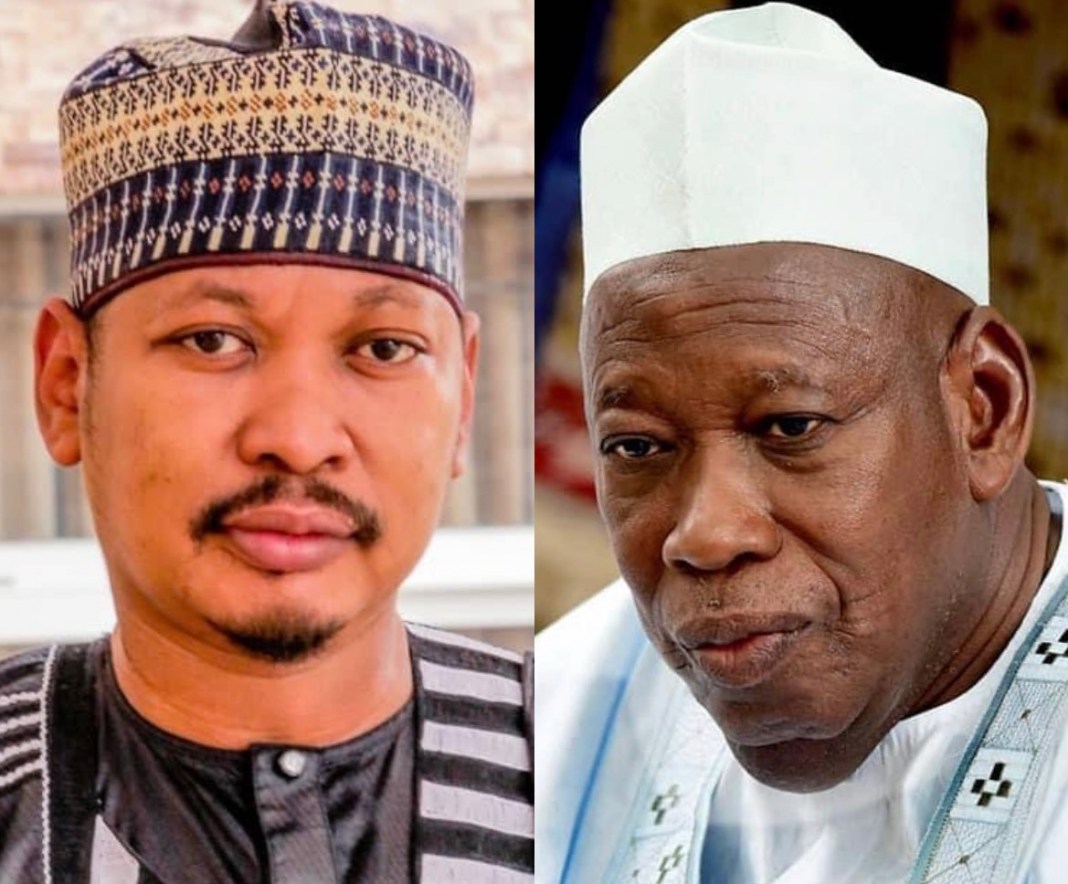 Abdulazeez Ganduje, the eldest son of the governor of Kano State, Abdullahi Ganduje, has threatened to legal action against the government of his father for failure to pay the sum of N82 million to his company, Global Firm Nigeria Limited, being final payment of a contract he executed.

DAILY NIGERIAN exclusively gathered that on February 13, 2020, Mr Ganduje approved contract for “CONVERSION OF MARIRI REHABILITATION CENTER TO IDP GIRLS SCIENCE AND TECHNICAL COLLEGE” to his son’s company at the cost of N189,913,590.54.

On May 7, 2021, the company was paid N94,556,795.27 through referral payment from the state Ministry of Local Government, representing 50 percent of the contract sum, leaving the balance of 50 percent.

After a downward review the contract by the ministry to the tune of N177,619,259.36, another contract for the the supply of computers and furniture for the administrative block and entrepreneurship items at the cost of 12,294,331.23 was awarded to the company to cover the deficit.

But to Abdulazeez’s dismay, his father refused to approve the final payment of N82,662,464.04, despite allegedly executing the project, writing to the ministries concerned and involvement of some associates of the governor.

Insiders told DAILY NIGERIAN that the governor’s refusal to approve the payment might not be unconnected with Abdulazeez’s September 2021 petition to the EFCC against his mother, Hafsat Ganduje, in a bungled multi-million naira deal he (Abdulaziz) facilitated.

In a letter addressed to the Ministry of Education and seen by DAILY NIGERIAN, Abdulazeez’s solicitors demanded payment of N82,662,464.04 within seven days or take legal action.

When contacted, the governor’s son confirmed his resolve to take legal action over the issue, but said his father refused to approve the payment over his (Abdulaziz) refusal to give kickback in cash to Ganduje Foundation.

“I’m a very peaceful person. I did my best and explored all peaceful options to get the payment of my money, about N83 million, to no avail.

“I have not been paid either because of the petition I wrote against Goggo (his mother) or my refusal to give part of the money to Ganduje Foundation as kickback.

“This is the money that I worked hard for. I executed the project diligently at the Mariri IDP centre. I have been waiting patiently to receive this money but there is no sign of paying it to me,” Abdulazeez added.

The state commissioner for Information Mohammed Garba did not respond to DAILY NIGERIAN inquiry on the matter.

Mr Ganduje was previously exposed in a kick-back collection scandal in October 2018 when a number of media houses published a series of videos showing the governor collecting money from a government contractor.

The executive secretary of the Presidential Advisory Committee Against Corruption, PACAC, Sadiq Radda, on Thursday said Mr Ganduje has several questions to answer regarding corruption cases against him.

“You can see in Kano, Ganduje has many cases to answer while in office, he will answer more out of office and sadly for the first time in Nigeria a son is taking his mother to the EFCC,” Mr Radda said.

Culled from the DAILY NIGERIAN.