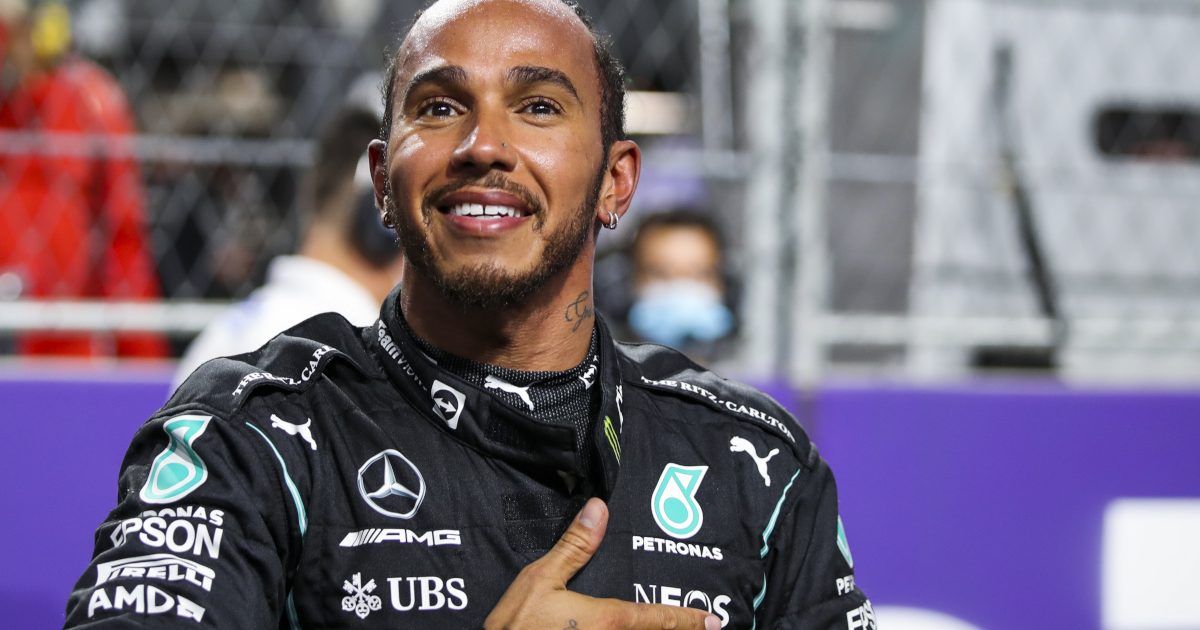 Mercedes’ Lewis Hamilton set the fastest time of the week on the final day of pre-season running in Barcelona, after five red flags truncated the morning session, and Pirelli conducted a wet weather tyre test in the early afternoon.

Hamilton lit the sectors purple with a very late effort of 1m 19.138s to put Mercedes

at the top on Day 3. Team mate George Russell was fastest in the morning, amid five stoppages. The first red flag was for Alpine’s Fernando Alonso, thick smoke pouring out of his A522. The team soon stated that they would call an early end to their pre-season programme in Spain due to that hydraulic issue. 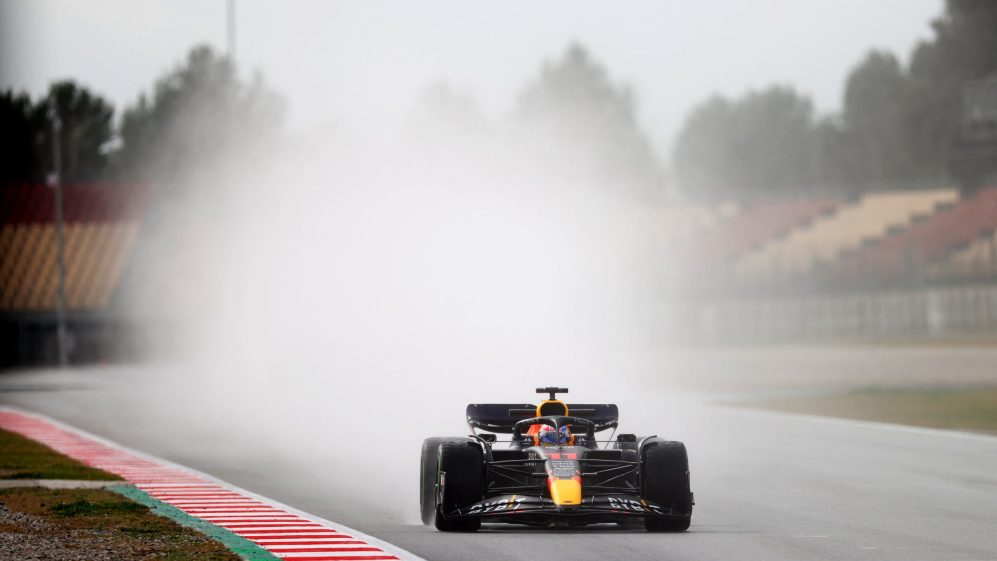 Pierre Gasly crashed his AlphaTauri soon after that, while Zhou Guanyu’s pair of stoppages brought further pauses to proceedings – before Sebastian Vettel’s Aston Martin stopped in the final minutes of the morning session due to an oil leak and resulting fire. Alpine, AlphaTauri, Haas and Aston Martin were absent in the afternoon thanks to their respective reliability issues.

Runner-up Russell posted 66 laps to lead the morning session (dropping to P2 as Hamilton set the benchmark) before third-place Red Bull driver Sergio Perez jumped up the order with a late effort. That dropped Perez’s team mate Max Verstappen to fourth, with Sebastian Vettel posting a lap worthy of P5 before his Aston Martin stopped in a cloud of smoke.

The low hum of trucks signalled the build-up to the afternoon session, tankers circling the circuit while dropping water in their wake for the teams to run Pirelli’s 18-inch wet and intermediate tyres. McLaren’s Daniel Ricciardo and Ferrari’s Carlos Sainz had a brief stint on the full wet tyres before switching to intermediates, soon to be joined by the likes of Hamilton and Perez.

Sixth-place Charles Leclerc took the morning’s running for Ferrari before Carlos Sainz put himself seventh in the afternoon.

The Williams pair were next on the leaderboard, seventh-place Alex Albon ahead of team mate Nicholas Latifi. Albon bookended the day as Latifi finished the morning stint and headed out for the wet weather test.

That left Ricciardo rounding out the top 10 for McLaren while team mate Norris finished 11th.

Alonso settled for 12th but his and Alpine’s pre-season running in Barcelona was halted prematurely after his early hydraulics issue. He was followed by rookie Zhou (P13) on the timesheets, the Chinese driver handing the wheel over to team mate Valtteri Bottas for the afternoon. The Finn took P16, last on the timesheets, and added just 10 laps to his count on Friday afternoon.

After Nikita Mazepin, 15th, encountered an issue in the morning, limiting him to just nine laps, Haas announced in the afternoon that they would not be returning to the track due to lengthy repairs, ending their session early.

An intriguing three days of running therefore ended with Hamilton on top, his Friday afternoon flyer proving to be the fastest time of the week – after Norris topped Day 1 and Leclerc topped Day 2.

Bahrain hosts the Official Pre-Season Test on March 10-12, the 2022 field set to return on March 18-20 for the season-opening Grand Prix.