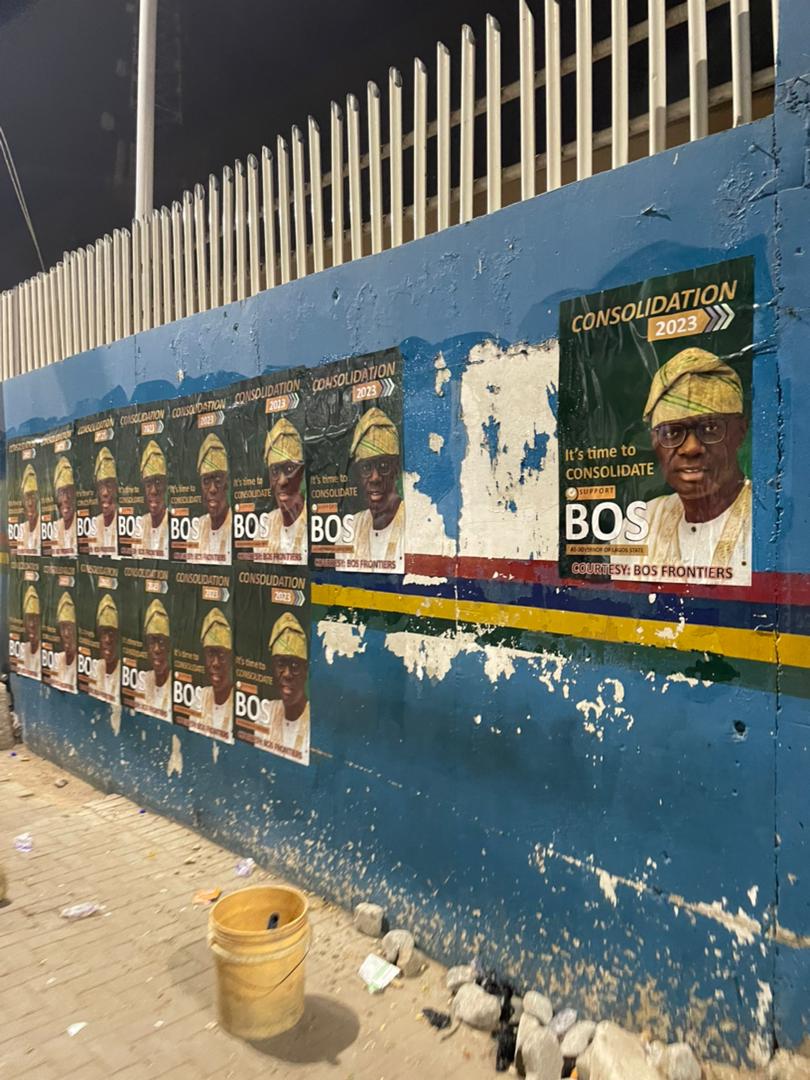 The posters seek support for the hardworking Lagos Governor.

In a statement by the Coverner of the group, Barr. Wasiu Doyin Banjo, the group said they embarked on the sensitisation because Governor Babajide Sanwo-Olu has delivered on his electoral promises and he should be supported to do more for the good people of Lagos State.

The group said that they have no doubt that Governor Babajide Sanwo-Olu will be reelected in March 2023.