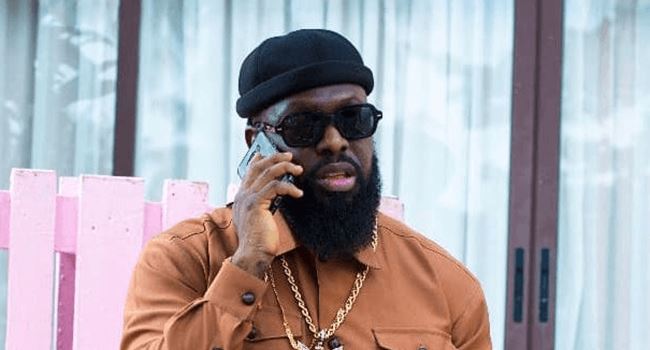 A video captured Timaya getting arrested by uniformed men hours after he was accused of causing a woman injuries in a hit-and-run incident in Ikate, Lagos.

The singer trended on Wednesday,  March 2, when a lady went online to share a video of her sister bleeding from the face while laying on a hospital bed. 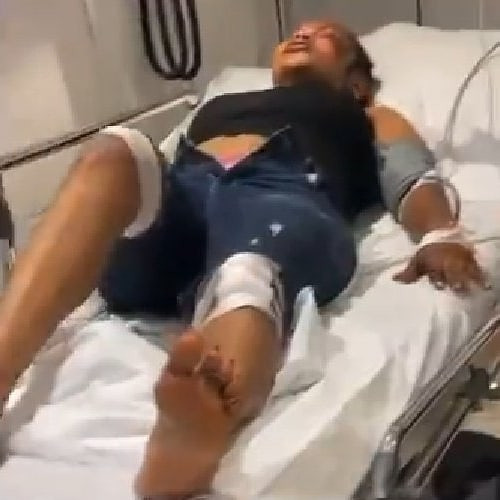 The lady accused Timaya of hitting her sister with his car and driving off, leaving her to survive on her own.

The lady alleged that Timaya hit her sister’s car and when the sister got down to confront him, he hit her with his car and drove off. 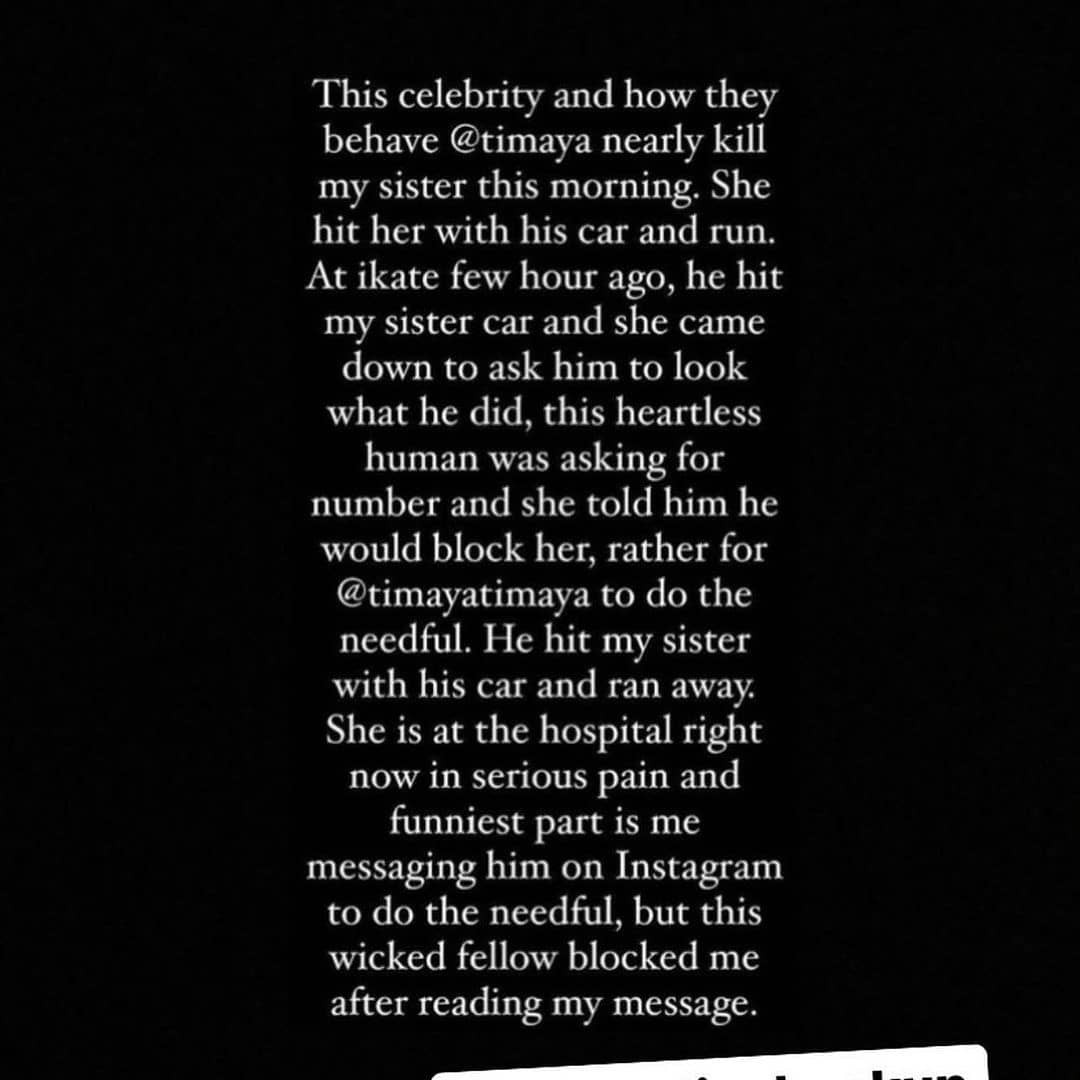 She went on to share screenshots of her messages to Timaya on Instagram following the incident and added that Timaya blocked her on IG when she confronted him about hitting her sister. 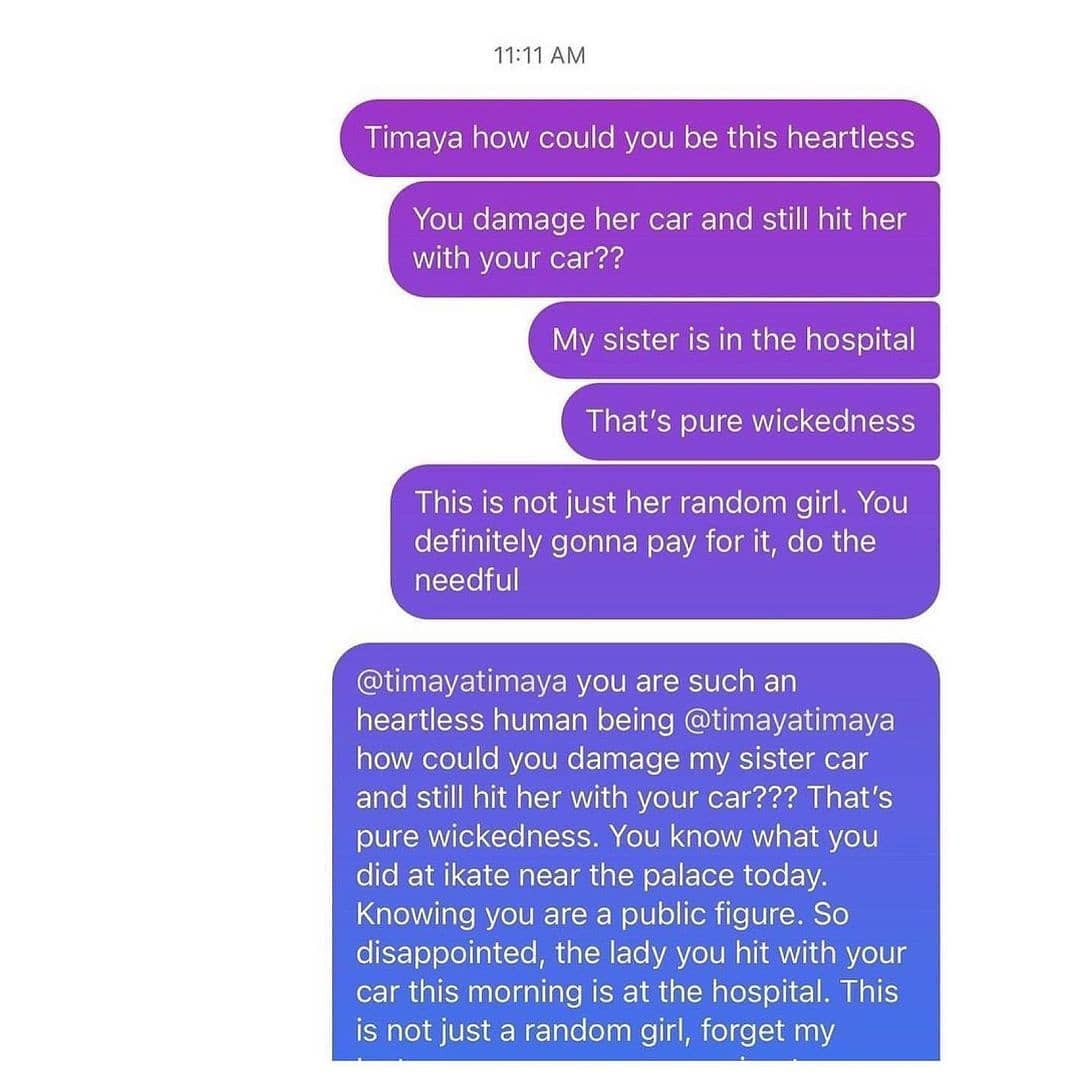 Timaya didn’t acknowledge the allegation, instead, he continued tweeting like nothing happened and this angered people. 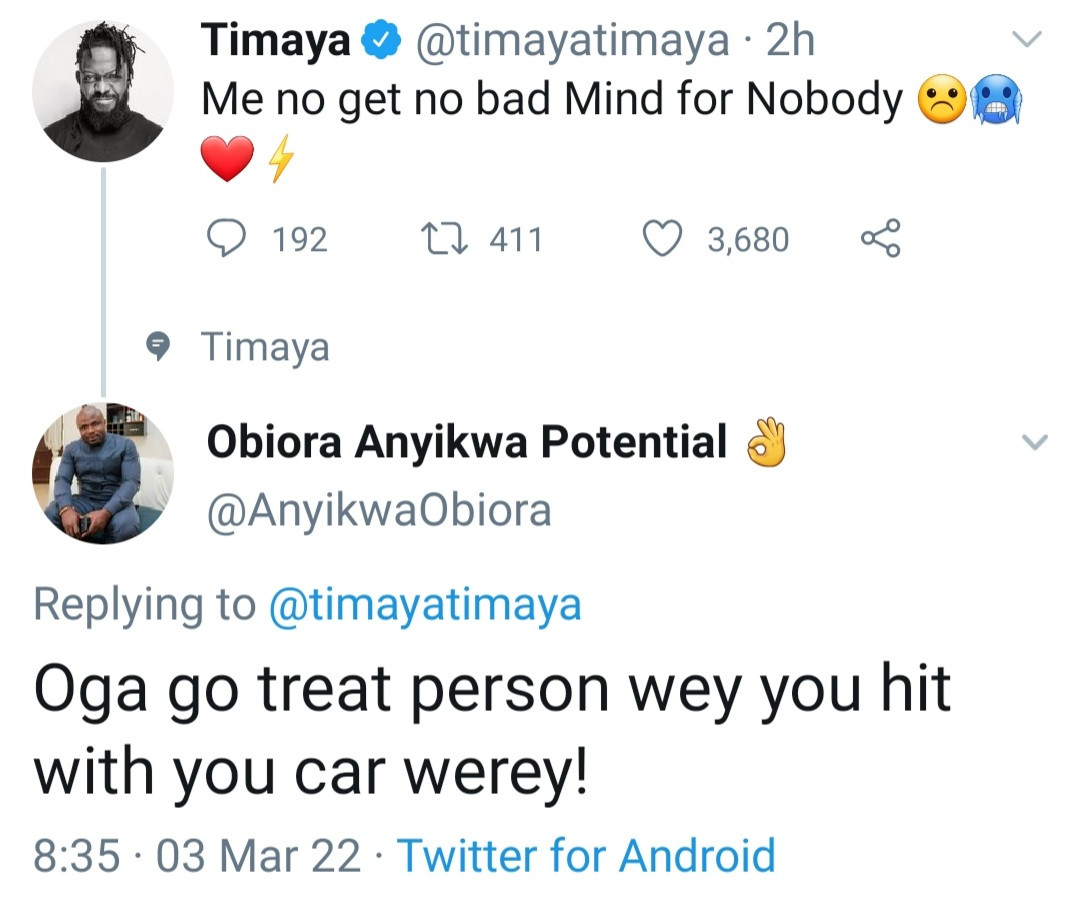 He has now been arrested.

A video shared online shows uniformed officers picking him up from his house today.