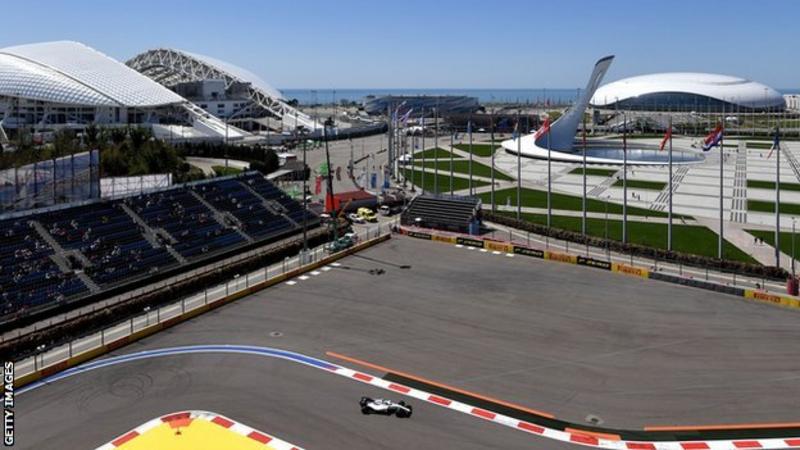 Formula 1 has terminated its contract with the Russian Grand Prix.

The sport’s commercial arm, which controls the calendar, has decided racing in the country is impossible following the invasion of Ukraine.

The race in Sochi scheduled for September this year has already been cancelled. There will now no longer be a race in St Petersburg, where it was due to move in 2023.

Russian President Vladimir Putin was key in establishing the event in 2014.

Putin, who remains closely associated with the race, has a palace in Sochi, and St Petersburg is his home town.

The decision means F1 will not race in Russia for the foreseeable future – effectively, at least for as long as Putin remains in power.

“Formula 1 can confirm it has terminated its contract with the Russian Grand Prix promoter meaning Russia will not have a race in the future,” it said in a statement.

F1 has discussed what action to take next over the days since it decided to cancel this year’s race last week, a day after the invasion. It was concluded that holding a race in Russia was not tenable after what has happened.

The race is one of the most lucrative on the calendar and had a long-term contract.

The action by F1’s commercial arm stands in stark contrast to the decision by governing body the FIA this week to allow Russian competitors to take part in global motorsport events.

It is a rare public split between F1 and the FIA, and an indication of F1’s dismay at the FIA’s stance on Russia.

The FIA has already faced a backlash from the decision by its world motorsport council on Tuesday. The following day UK motorsport’s governing body banned all Russian licence holders from competing in the UK.

The FIA justified its decision by saying it was in line with the policy of the International Olympic Committee (IOC).

But the IOC, to which the FIA is affiliated, recommended on Tuesday that “event organisers not invite or allow the participation of Russian and Belarusian athletes and officials in international competitions… in order to protect the integrity of global sports competitions and for the safety of all participants”.

It added a second clause allowing athletes and officials to participate on neutral terms “wherever this is not possible on short notice for organisational or legal reasons”.

The FIA has not answered questions as to the grounds on which it decided this was the case for motorsport, in which most championships have not yet started in 2022.

On Thursday the International Paralympic Committee (IPC) reversed a previous decision and banned athletes from Russia and its ally Belarus from the 2022 Winter Paralympics in Beijing, saying the “situation in the athlete villages” had become “untenable”.