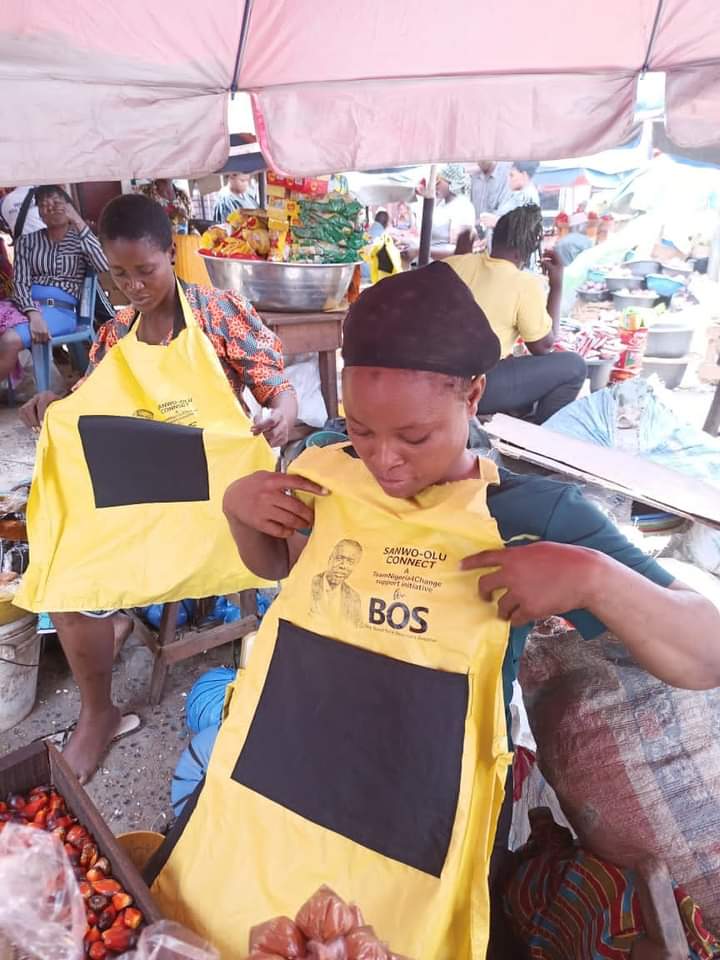 Thousands of Market Women in Lagos State have pledged support for the reelection bid of Governor Babajide Sanwo-Olu ahead 2023 general elections.

The jubilation market women gave their commitment on Thursday when TeamNigeria4Change members storm Idumota and Oyingbo markets to distribute aprons.

TeamNigeria4Change, a socio-political distributed thousands of Aprons and promise to take continuity message to six other major markets across the state.

Bestman noted that Sanwo-Olu has touched every sector positively and extended infrastructural development to hinterland communities as well as completed abandoned projects in the last three years.

“TeamNigeria4Change connecting Sanwo-Olu with market women in Idumota and Oyingbo via aprons. Eight other major markets in Lagos will also be connected. Sanwo-Olu has warmed himself into the heart of Lagosians with his impressive performance.” He explained