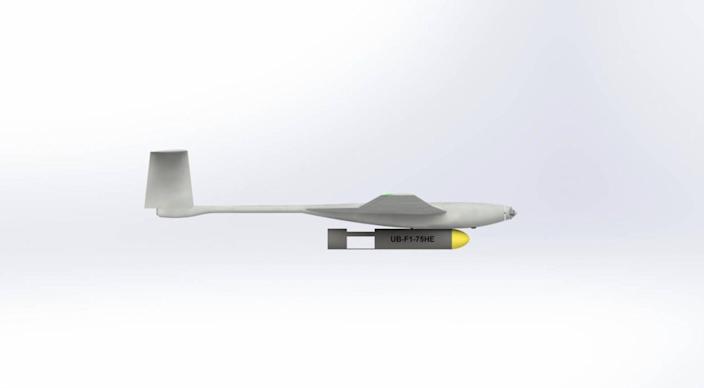 What Ukraine is Using To Punish Russian Army:

The Ukrainian military is using “game-changing” drones that can carry 3kg of explosives and hit targets up to 30 miles behind enemy lines, The Times of London reported.

Eugene Bulatsev, an engineer with the Ukrainian designer UA-Dynamics, told the outlet that the “game-changing” Punisher drones had completed up to 60 “successful” missions since the Russian invasion began.

“This is the cheapest and easiest way to deliver a punch from a long distance, without risking civilian lives,” Bulatsev told the newspaper.

The electric drones have a 7.5-foot wingspan and can fly for hours at 1,300ft and need only the coordinates of their target so they can carry out their mission automatically, Bulatsev said.

A smaller reconnaissance drone called Spectre flies alongside to identify targets before the Punisher strikes.

After the fighting started in eastern Ukraine in 2014, a group of veterans launched the drone-making company, UA-Dynamics, according to an Haaretz report, last month.

“Three-quarters of the company’s employees are veterans with experience in special operations deep in enemy territory,” Maxim Subbotin, a marketing expert and an unofficial spokesman for UA-Dynamics, told the newspaper.

Bulatsev said that the main targets were stationary, including fuel and ammunition storage, electronic and counter-electronic warfare stations, and anti-air systems.

READ ALSO:   JUST IN: Buhari Jets Out To US

Different units in the Ukrainian military are using the drones, but the number of how many and the locations where the Punisher drones are being deployed is classified, Bulatsev said.

Bulatsev previously told The Sun that stealthy Punisher drones had been “causing havoc behind pro-Russian lines on Donbas for years because the enemy has no idea what has hit them.”

He told the outlet that the drone is relatively small and light and is undetectable to radars.

“What’s more, it can drop three bombs at a time or hit three separate targets then return to base to be reloaded and sent back into battle within minutes,” Bulatsev told The Sun.

“We’ve seen footage we can’t verify but we’ve seen footage of Ukrainians using UAVs (unmanned aerial vehicles) to attack petrol train convoys, to go after logistical lines, we’ve seen lines blown up, all the things you and I think of when it comes to resistance,” Wallace said.

Along with the Punisher drones, the Ukrainian military is also using around 20 of the highly-rated Bayraktar TB2 drones from Turkey.

Videos shared by the Ukrainian military last week showed at least one strike from a TB2 drone appearing to tear apart a column of Russian tanks and armored vehicles.

The drones are deployed as the battle over Ukraine’s skies continues following the Russian military invasion.

A senior US defense official described the airspace as “contested” and “very dynamic” earlier this week in an off-camera press briefing, despite Russia claiming to have gained control.

Although Russia was expected to quickly knock out Ukraine’s air defense capabilities, in recent days, Ukraine has claimed to have shot down Russian fighter jets, helicopters, and even troop transport planes.

Experts have been surprised that Russia has not deployed the full force of its air force, as was expected.