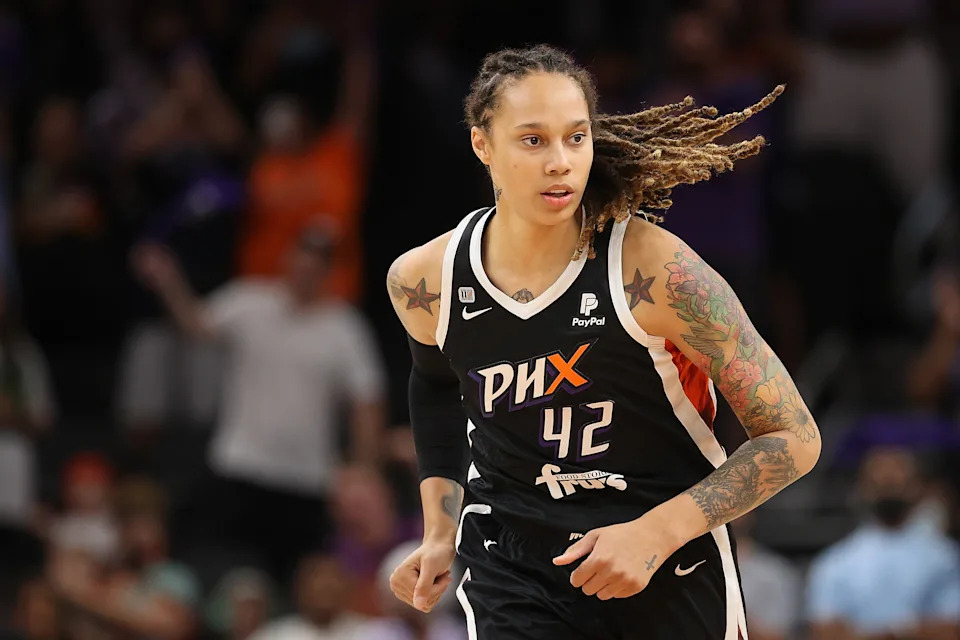 A Russian news service identified the player as the 31-year-old Griner, and a security video viewed by the Times shows a player that appears to be her. In the video, Griner is going through security wearing a sweatshirt and face mask, and then it shows someone, presumably a customs employee, remove something from her bag.

According to independent Russian news agency Interfax, the arrest happened in February, just after Griner had arrived at Sheremetyevo Airport from New York.

A drug-sniffing dog indicated narcotics in luggage, and when the bag was X-rayed, “so-called ‘vapes’” were discovered “with a specific odor,” according to Interfax, which cited the Russian Federal Customs Service.

Griner hasn’t posted on social media since Feb. 5. A statement released by the Customs Service says a criminal case has been opened into the “large-scale transportation of drugs.” In Russia, a conviction on those charges carries a sentence of 5-10 years in prison.

Griner has played in Russia during the offseason since 2015, where salaries are higher for WNBA players. Her reported arrest came several weeks before Russia’s invasion of Ukraine, though Americans playing in Russia had not been advised to leave the country, with the WNBA continuing to “closely monitor the situation.”

“We are aware of and are closely monitoring the situation with Brittney Griner in Russia. We remain in constant contact with her family, her representation, the WNBA and NBA. We love and support Brittney and at this time our main concern is her safety, physical and mental health, and her safe return home.”

The WNBA also released a short statement about Griner.

“Brittney Griner has the WNBA’s full support and our main priority is her swift and safe return to the United States,” a WNBA spokesperson said in a statement to USA Today on Saturday.